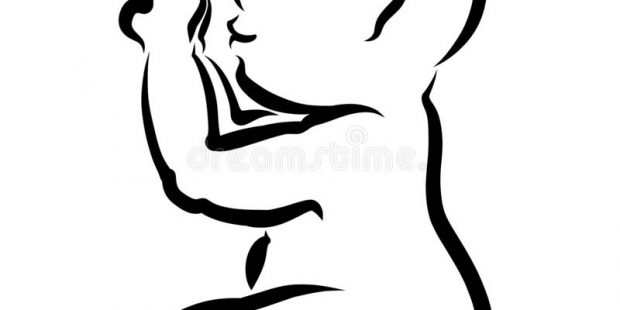 “Dadem, why do you I need to pray every day?”  Ian asked me one night, after prayers.

“Because during prayers you can ask whatever you want”. I replied, realizing what a selfish man I was.

“But, Dadem” He has a very distinct way of saying BUT. The but coming from his mouth usually means there would be q barrage of questions coming my way- I call it “PAIN IN THE BUTT”. However, both Verina and I try to answer it to the best of our ability: the ability that is often found limited, when interacting with innocent open minds like children.

“But you said the other day that God already knows what I want”. He remembered the not-so-recent incident, when I had saved myself from burning a hole in the pocket at the toy store. His desire for the big remote-controlled car was thwarted by me.

“Listen to god Ian. There are so many people in this world who do not have toys. You have so many toys at home. He does not want you to have that big car”. I had said.

“Are you sure Dadem?” he asked.

“Oh yes, very sure” I replied, pretending to listen to god, with my left ear slightly elevated.

“What did he say?” immediately came the next question.

“Well, he says, he will give a big car to you when you are a little older. Not now” I said grabbing the window of opportunity.

“On my birthday?” he asked again.

“Yes, yes, but not next year” I tilted my head, so that my left ear was heavenward, trying to listen directly to god.

“All right. I can wait” he said innocently.

Coming back to the night when he asked me about the almighty, he had more questions.

“Dadem, doesn’t god know there are so many children who do not have toys to play with?”.

If I were to relate this to cricketing terms, I felt like how Courtney Walsh might have felt facing Glenn McGrath on that last day of the test match when West Indies needed only a few runs to win and Brian Lara was on the other end. I somehow had to survive this onslaught and yet not get out. I had to instill in him some good thoughts. I had to put Lara back on strike!

“He knows Ian” I replied.

“Then why does not God help them with toys?” he asked again. Toe crushing yorker!

“Because they do not pray for toys” I said managing to put my bat down at the right time preventing the vicious curling ball from breaking my toes.

“Then what do they pray for?” the next one.

I realized how blessed we have been all these years that we did not have to pray for food and shelter! I also realized that we never thank god for the food we eat and the house we live in!

“They pray for food and shelter” I said. I was confident now as I knew where to steer this conversation to.

“They don’t have fooda?” he asked. We haven’t changed the spellings of some of his words. Fooda is one of them.

“No Ian, they don’t” Seizing the opportunity and the blessing of YouTube, I immediately brought up some pictures related to malnutrition and poverty in the world.

“That is awful” he said.

“Isn’t it?” I was in the driver’s seat or that is what I thought.

“BUT Dadem”. The dreaded BUT again.

“I think we should allow God to listen to their prayers also. I think he is too busy listening to my prayers of toys”. I was back at square one!

“God can listen to all prayers, all at once Ian” I replied, knowing very well that I was in shallow waters.

“Then why does not God help them and listen to them?” logical continuation.

“He has listened, Ian” I said raising my left ear again “It seems he has said to those kids that there is a gentleman called Ian, who would send them some toys . You are his little helper”.

“Ah ha. That is what the teacher said today in the school” he was excited.

“A garage sale” he said in an excited tone “Dadem, get the big blue bag. I have to put many toys in the bag so that you can give them away”.

That is how we now have a big blue bag, onto which toys are now being dumped to give away.