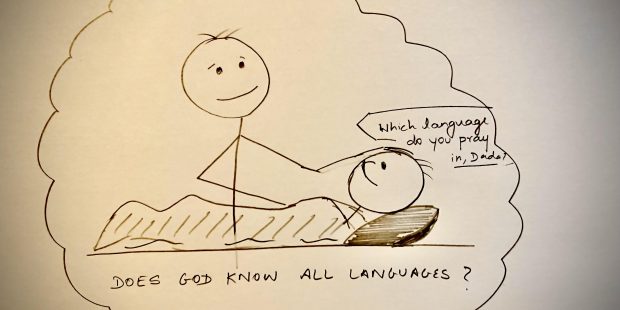 “Dada, doesn’t God know what GT is?” Ian, who was visibly disappointed asked me as we were getting ready for bed.

“What?” I had no clue about the transactions that were going on between Ian and God.

“Look, I asked him for a GT, but he gave me a Porsche instead” he replied.

“Ian, explain to me from the beginning” Conversations like these are helpful as they help me uncover or rather undo lots of knots in my mind.

“Look Dada, In the church I always ask God for a toy and today I asked for GT” he began.

It was a Sunday night and I interrupted him “What is GT?”

“GT, Dada. That car which goes very fast” he demonstrated the GT’s speed and by the time the demo ended, my face was full of his saliva.

“Sorry” he said before continuing “God doesn’t know about GT just like you”. I wonder how he knew so much about cars. His mother and I don’t know squat about them, honestly.

“Anyway Ian, you still got a toy. Didn’t you?” I steered him back to God.

“Yes”. He looked at me curiously before asking “Which language do you pray in Dada?”

“Is that the reason why he did not give me GT? Maybe he did not understand English” He expressed his doubts.

For a moment or two, even I thought whether God really understood English as all the prayers for Ukraine unanswered!

There was such innocence in the question!!!

“But Dada, Lara asked for a Barbie doll on her birthday and God came to you and told you to buy one, right?”

That’s what he believes! God has helpers all around the world who listen to him and follow his orders.

“I should ask Lara in what language she prayed?” he decided.

“Yes. Ask that” I thought it would be a good idea for him to teach the universality of God.

The unexpected question surprised me.

“Hmmm. No. God is the same for the entire world” I replied the best I could.

“That means Gods knows many languages?” the next question was on the tip of his lips.

“Then why he didn’t give me the GT. He definitely understands English” The little man had come a full circle in the conversation.

We both were quiet for a while.

“Wait” he said. “Instead of asking any other helper, why did God ask you?”

“Maybe others were busy” I carried the conversation forward.

“Maybe you didn’t understand what he said” his concern was genuine.

“He always gives the best Ian. He must have thought Porsche is better than GT”.

“Ok”. Pausing for a moment he said “I will ask Lara to teach me the language she used to speak to God and you too should learn the same language, so that you understand what he says, if he asks you to help”