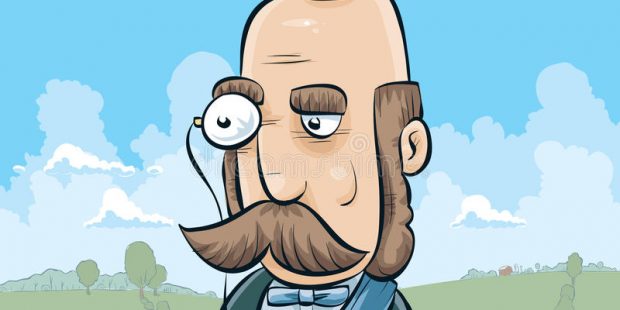 “Dadem, Duke camed and took the Burj Khalifa again”. Ian was disappointed and also a bit dejected when he woke me up from my slumber. We haven’t changed his glaring error of saying “camed”, instead of “came” yet. The day he finds out is going to be a tough one for us. Soon!

I looked outside the bedroom window. Indeed, Duke had taken Burj Khalifa for the umpteenth time this week. He was ominously looming outside the window, devouring everything in sight.

I woke up, sat down and Ian hopped on my back to have a closer look at the mischief of Duke, who came almost every day to disrupt our lives.

Our window gave us a clear view of the world’s tallest building- the majestic Burj Khalifa. Piercing clouds, this tall lean structure used to take my breath away, a decade ago, but now it is just another building! It was right there outside my window!

If you think I am bragging about my uptown address, you are wrong. I stay far away from the skyscraper- some 40 km’s away from it. It is just that the tip of the building is visible from my window, just like every other home in Dubai! It is that tall!

I remember vividly when I first came to Dubai looking for a source of livelihood, I was walking in an unfamiliar area looking for a particular office building. Asking for directions in Dubai is not easy, as everybody motors along in their cars or bikes. I somehow managed to ask a bicycle rider and I still remember what he told me “It is close by, walk till you can see Burj Khalifa and then take a right”. I obeyed. He whisked away in his bicycle and I took two steps when I realized I could see Burj Khalifa, but not the office where I was intending to go. I turned around and could see Burj Khalifa everywhere. It was and still is omnipotent.

It is a part of life for Dubai Dwellers. It is like an indicator of dust storms and rain. We look at the tip of the building before we decide to put our clothes out for drying. Planning a barbeque, planning a drive, planning any outdoor activity depends on this megastructure.

Coming back, Ian and I tried to spot the tip and could not.

“Why does Duke come every day, dadem?” he asked.

“That is his job Ian” I replied.

“If he takes it in the morning, how does he keep it back in the afternoon” a good question.

By the way, Duke is the name he has given to Dew or mist or the thick fog which covers the entire country for the most part of the month and sometimes more. Every day he wakes up, drawing the curtains of the bedroom to see whether his beloved Burj Khalifa is taken by this nasty Duke.

“Where does the Duke come from?” There was a barrage of questions.

His questions made me think about how the mist or the fog is formed. To explain to him the technicalities was out of my forte, so I did not.

“God sends them Ian. God keeps a track of the seasons like summer, winter, and rains and when he wants to change from one season to another, he sends Duke to inform us” I replied.

“How does he take the Burj Khalifa, dadem?” one more set from the box.

“He is strong, Ian” I went on “he eats lot of vegetables”.

“Oh!” a lot of thought went to this one. I hoped he would eat his vegetables every day from now on. Never happened.

“Dadem, If Duke has to simply take Burj Khalifa and put it back in the same place, why is he even taking it?”.

“He should simply give Burj Khalifa a very big hug and cover it” he continued.

I just kept quiet without throwing much wood into the fire. I allowed him to fire his imagination with Duke, God, and Burj Khalifa.

I had to go out to let the feel of fresh mist clear up my thoughts. His questions had me thinking. The feel of the misty spray on my bald head and unshaven face made me realize the power of nature. How a whiff of sand, dust, and water droplets can cover the mighty Burj Khalifa? Here we are trying to save Mother nature from being abused, but in reality, I think we ourselves are the ones who need to be saved. Mother nature has been living here on earth far longer than us and has changed herself many times over. We, on the other hand, are just dwellers here, who are creating a ruckus.

It is just a matter of time!

The day is not far when she will turn her wrath on us and it will possibly be seconds or less than that for her to change or wipe out the most selfish and cruel offsprings she had to ever nurture from the face of the earth!

Duke was now slowly putting Burj Khalifa back, giving me the sense of relief that at least my generation would scrape through escaping Mother nature’s wrath.

About keeping a bit of nature for Ian and his friends, well why should I care?