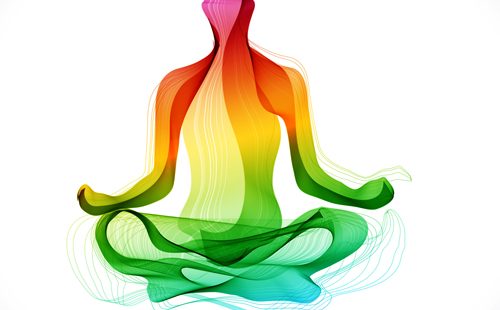 “Look at your stomach Anil. It looks like baker’s dough, ready to be put in the oven”. Eddie uncle laughed at my slowly developing paunch.

“What are you laughing at, old man. Have you looked at yours”? I pointed to the big drum. “It is like a cute joey, peeping out to look at the world”. The sting in the retort kept him quiet for a while.

We both looked at our bellies and, in a chorus, said “Yoga. From tomorrow”. This “from tomorrow” is also a very cunning phrase, which never comes the next day. The good thing about tomorrow is that if one waits long enough for the next day, automatically shifts to the next day.

“5:30 am, meet me in the field behind my house”. Eddie uncle just left without even saying a word.

So here we were, with Yoga books in hand, spreading our bedsheets over the dry, yet fecund soil. The field was recently and had those lumps formed. With some quick action with the sickle and Indian spade, Eddie uncle flattened a small place for us. Our very own yoga corner.

The summer morning was pleasant. Well is something about all mornings- the very smell of it. Birds were already up and the sun was breaking through the eastern mountains. I had never seen such a view in my life.

“Magical” I replied. “I am glad our tomorrow is today”

“Let us begin”. He opened the book and continued “I have done yoga earlier, long ago though. So, let us keep it simple with only a few asanas. Let us do Suryanamaskara, Sarvangasana and a few others to start and slowly as we master them, add more to the routine”

“Are we doing this regularly?”. I laughed.

“How”. I was never a sportsperson in my life and during my school days, I had spent most of the physical training classes in the library.

“Watch me and learn”. Eddie uncle opened the book.

“Open page 75. I have a logic. Look at the benefits and then decide whether we have to do it or not”. He advised.

For the next 30 minutes, we were lazing around flipping through the pages, skipping all leg, head, hand postures, moving straight to the one we wanted eliminated- the paunch.

“We better add in some for gastric troubles too” Eddie uncle added a few easy ones to the day’s session.

We were to do about 6 asana’s and master them in the coming days.

We began with Suryanamaskara. Made sense. The sun was throwing all those vitamin D towards us and most of the population was covering themselves under their blankets. We made full use of the asana, which as per the book provided enough oxygen to the body and was one of the asanas which provided exercise to almost all the parts.

I struggled, while the old man was doing the asana at ease. He had completed 4 in no time, while I struggled to complete the first cycle. My body ached. There were some muscles who had not known what stretching was. They cried while I cringed and creaked as I partly tried to copy the old man and follow the book too.

“You are natural uncle”. I said in between, panting for breath.

Turning pages and practicing the asana was tiring. In between my asana’s, I sometimes laid down, reading through the benefits, as if I was in our Kodi beach on a Sunday evening with a nice book in hand.

Eddie uncle, in the meantime raced through his asana, doing multiple rounds.

“Go slow old man. That paunch won’t go in a jiffy”. I laughed.

“Stop it. You need more practice. Let us do this asana now”. He said moving on to the next. It was Vajrasana.

The picture in the book looked simple. “I can do it” I smiled.

While I was struggling to keep my posterior in between my bent heels, Eddie uncle had copied the picture to perfection.

While I was adjusting my heels, POOOOOFF. There was an explosion of sorts from the next sheet.

The old man could not deny it. We were the only ones there. He did not even bother to justify or reason like many of us do. He simply had a serene smile on his face.

“Nooooo. That is not written anywhere in the book”. I screamed at him.

“Read through the benefits Anil”. Prompt was his response.

I read aloud “This asana is the most natural way to release foul gases from your stomach”.

“See. That means this asana works”. There was always logic behind the old man’s arguments. “We should do it every day. Finally, I have found a way to awaken my system”.

“When the world sleeps, Eddie uncle awakes to sound and music”. I distorted some words from our first PM’s legendary speech.

Ove the next forty minutes, Eddie uncle proved most of the asanas right by emitting intestinal gases, getting rid of bad wind and cleansing his body, while polluting the entire world around him.

“Feels good. Yoga is good. Our PM was right. Now I know why he is such a big exponent of the ancient Indian practice”. He was proud.

After the initial commotion of confusing sounds, I too joined him in the symphony. We proved all the benefits of all the asana’s that day and still continue to do so.

For all people who say “Yoga se kya hoga”.