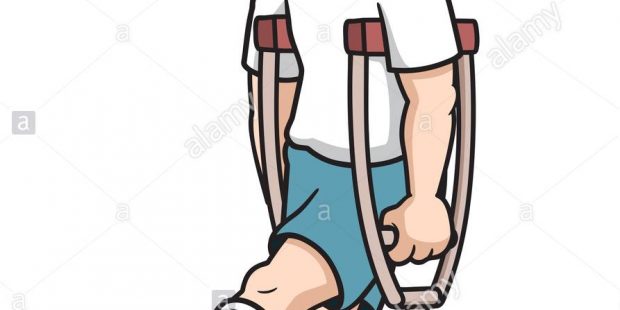 “Hey you, Anil right! I will break your bones and throw you out of the window now”.

I was not the last bencher in school, and none of my lovely teachers dared to talk to me like that. I was one of everyone’s favorites. I was one of the toppers in class. As I moved to bigger cities, I realized there were much more intelligent students than me. I just had to peep out of my window and look.

Things began to change in college and changed completely during engineering.

I began getting marks in single digits in class tests or what the engineers called INTERNALS. I remember very vividly, once my mom was called to the college to have a chat with the lecturers. The total tally of my marks in 6 subjects had barely touched 25. Thanks to the wise old man (our chemistry lecturers), my mom was convinced that this was just “starting trouble” or a “villager getting adjusted to the city life”. Soon I realized the city too was a village, only a little bigger, sometimes more narrow.

Lecturers began to throw me out of the class (not through the window though) but none of them broke my bones. Anyways what I am trying to do with this article is to draw your attention to bones and especially the hazards of broken bones.

According to our favorite goon of all time Mr. MunnaBhai, MBBS, there are 206 bones in an adult human body and even if one of them breaks or gets dislocated, our system will be out of order for a minimum of 28 days and a maximum of our entire life. Well when Munna bhai knows so much about bones, why not me?

It seems babies are born with 350 soft bones, but many of these fuses together as the baby grows and finally only 206 remain. Together the bones weigh around 9 kgs. The smallest bones found in the middle ear is just 25 mm long and the biggest; the femur represents 25% of the body’s height. The skull is in fact a combination of 29 different bones.

Phewww ! Enough of Google, Wikipedia and Time-Life’s Illustrated World of Science books, now let me get into broken bones, my so called expertise. I don’t have any degree and have had only one fracture till date. I know many people who have made it a habit of wearing casts every alternative month, but one broken bone or many, a broken bone is a broken bone. I hope you all agree.

For 24 years of my life, I was proud of saying that I have lived my life without a single fracture. But everything changed on 29th May, 2009.

How can I forget the day I broke my tiny-miny, itsy-bitsy bone of my left leg?

I had a broken Fifth Metatarsal, that tiny bone, which I had never heard much about.

Was it worth telling the world about my being yes

matter how small the bone is, the pain caused is tremendous. I will narrate shamelessly, how I managed to break my bone: I was driving to Honnavar, one of the best coastal towns in Karnataka, to attend my wedding and as had big plans of burning the dance floor with my Pakka Gaanvti dance moves. I was hoping to get a look from at least 3 Goan girls, as my cousin had told me that some of her friends and cousins were coming from Goa.

But God had other plans.

Instead of impressing everyone with my quick moves, I impressed everyone with my slow moves i.e. I entered the hall with two of my cousins acting as walking sticks. I was given two chairs, one to lower my bottom and one more to accommodate my swollen leg.

Oh! I forgot to narrate how it happened.

On the way, near Bhatkal, there is an excellent shop which sells Basmati rice and mummy wanted to buy some. We stopped, and I went to the open air to do what every man does when a car is stopped. On my way back to the car, I simply tried to do some stunt by jumping over a small rock and I landed in an awkward position, twisted my leg and fell and that was when I thought,” Did I break anything?”.

I drove the rest of the way.

The day was Sunday and I did not bother to go to the doctor, thinking it was a sprain and will be all right, just like the way it had healed twice previously. But the next day, I could not bear the pain, went to the hospital, had my leg photographed and Bingo, my guess was right.

I finally had a fracture. The doctor wrapped my leg with a modern fiber-glass cast and said no more walking for a month.

Getting accustomed to the cast was a herculean task, initially. My major concern was bathing. With my fractured leg over a stool, wrapped in a garbage bag, I can imagine the pains I underwent when I tried to clean myself. I took utmost care so that no water seeped into the cast. Thanks to the deodorants and scents I smelled pleasant at least. The other concern was walking. For a guy like me, who has a insect in his rear, I think I managed considerably well, avoiding all not-so-important places like church, office etc. I can recall at least 3 weddings I attended with a blue cast.:)

Enough of pain now let me tell you the gains of a fracture. At the function, I received more attention than the bride and the groom. All aunties, uncles, relatives, friends and the groom’s party were concerned. Even the stars of the day came to me, to seek my blessingsJ.

At home, I was the king with dad and mom acting as my courtiers. Every meal for the next one month was served in the drawing room in front of the TV. Every evening there were visitors to have a look at my Metatarsal. I guess even the great Ronaldo, after his knee operation, did not have as many visitors as I had. I had a month-long break from work. What more can a person ask for? No mass on Sunday’s initially for around 3 weeks. On the 4 Th week, when I went, the nun came to me with Son of God in her hand. What a wonderful gesture. :). Whenever I felt like going out, I had a chauffeur driven car at my disposal, with my cousin at the wheels, who had just learnt how to drive. Looking back, I don’t know if it was wise of me.

I really thought to myself “Oh Boy, This is it. I know what I missed for the past 24 years”.

Broken bones give one both suffering and a lot of happiness, but are these worth it? I say NO. A small child may be able to recover fully from a fracture, but the same cannot be said in case of an adult. Of course, no one can prevent a mishap from happening, but we can do something’s which are under our control. Proper calcium intake, bone strengthening excercises, normal exercises to make us more agile, and yes in my case a little less hyperactivity (Not my fault, it s the insect!!! Remember) can strengthen our bones considerably.

Ladies should be a bit more careful after they turn 40. It seems their bones grow weak and they will have a risk of getting osteoporosis.

Well hope I have been able to tickle your funny bone a little with this article, but it is really not funny to tickle a broken bone. Don’t try it, you will end up nursing a few broken bones yourself.

There is a saying in Latin “A wheel not greased will creak”. So, take proper care of your bones and lead a very strong life.

By the way, my metatarsal is still protruding. That was the damn insect.