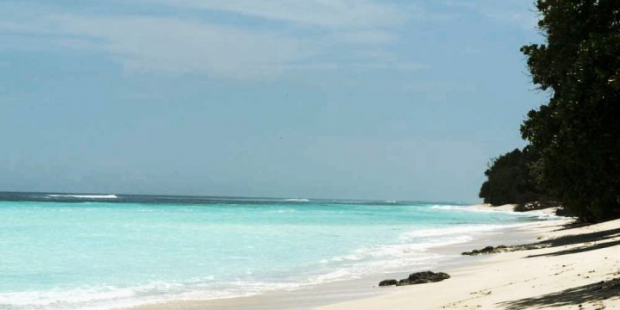 People visit places and write about their travel experiences. With the Covid 19 lock down, I thought it will be a good idea to write something about our own village- Halealve, a small village about 4 kms south of Kundapura.

I reminisced my childhood days- Ah such carefree days. Childhood is usually carefree, without worrying much about what to do the next day and pretty much forgotten about the previous day’s mischiefs. How nice it would have been if our week had just three days – yesterday, today and tomorrow!!

It took a virus, for me to learn about life- real life

I immediately Zoomed  my dad and mom to ask about all the places in our village which were instagrammable. Would you believe it? There were ten to fifteen which we listed out. Hopefully you will enjoy the write up along with the unprofessional pictures (clicked by me) and many more I have picked from the internet with due credits of course.

Sometimes, thinking about the village, it makes me wonder if I did the wrong thing by choosing to dwell in the city. Quality of life in cities, I thought was much better than a poor little village. Covid 19 has thrown this thought of mine right out of the window. But I am also pretty much sure, that if I survive this pandemic, I will go back to my old ways again.

Halealve is famous for its beach, which actually is called Kodi Beach. On a normal Sunday evening, one can find half of Kundapur on this beach.  What Juhu is for Mumbai and Marina is for Chennai, Kodi is for Kundapura. Trust me, I have been to both, and the third one on the list is probably the best and cleanest. There is a stretch of around five to six kilometers of what I call pure beach. Azure sky, no pollution, no hassle of vendors. Only velvety breeze and amazing peace of mind. One can sit for hours, on the beach and never get bored. Take my word for it. I have done it numerous times. Sitting on the white sand, with legs stretched out to the gentle sea waves, watching the sun set is something else.

On the same stretch there is a Light house which is 100 feet high and offers a view which even the worst of naturists, I mean people who love nature (not the other meaning ..) would love .Let me tell you my experience up there. I and four of my cousins planned to visit the light house. I had told them I am writing an article on Kodi and everyone agreed for a bribe of one packet Boti and one Friendsip each. This is a local brand which I believe is better than most of the foreign aerated drinks for which we pay a king’s ransom and drink. I am actually scared of heights and wanted pictures from the top of the lighthouse and who better than my cousins. I have no doubt they would even dare to bungee jump or sky dive from there if there were provisions. When I was sitting at 100 feet enjoying the view, my daredevils were busy clicking snaps from all angles at 120 feet from the ground and not even scared!!!!!

Our next stop was at Kodi end at the back waters. That’s how the name to Halealve was derived. It seems entire Halealve was submerged, once upon a time. Now the alve is shifted to Gangolli which is just a two-minute ferry ride from Kodi, but will take almost half an hour by road. The ferry ride might cost you 15 rupees max. I simply love this place. The sea taking a right turn and meeting the river. I might have come here a thousand times, but I never get enough of it. just like the movie TROY which I might have watched some 20 times now.

Predominantly, an agricultural village, like most other villages in India, fishing too is a preferred occupation for many who live by the coast of Halealve My ancestry is a mixture of agriculture and fishing. However, I know nothing about either. Such is the irony of my life. Along the coast, there are many ruins of huts called Kaman’s, where back in the days, fish was boiled to extract oil. An extinct occupation, at least in our village, I hope some daring entrepreneur puts some money into modernizing fishing and it peripheral businesses. Halealve is blessed with fertile soil and ample rains for good cultivation. Paddy is the main crop accompanied by ground nuts, green gram and black gram. Tractors, tillers and other mechanized farming equipment have now forayed into a otherwise traditional methods of cultivation. Coconuts are the other abundant nuts growing in the region, apart from other nuts who are now trying to abuse this virgin beach village.

Inhabitants of this village are calm and quiet, though we have had our share of communal violence’s, when I was growing up- just one which I can remember. Hindus, Muslims and Christians live peacefully in this village, helping each other in times of distress. A temple, a church and a mosque are just almost next to each other and the gods seem to be peacefully co existing in this village.

A typical day in the village would begin at 5 am, not for me. Reading Robin Sharma’s “5 Am club” five hundred times will not make wake up that early. But people actually are up early, tending to the fields, trees and themselves. Whenever I am at home, I too wake up at 5:30, attend the morning service, go for walk on the beach, play a game of badminton with my cousins, next door and generally feel good about myself. Imagine if this could be done everyday 😊. It is a choice, I understand. Breakfast was usually pez( watery form of rice) and some vegetable. Once or twice a week, there used to be clams( khube) sukka or kaalvan ( oyesters) sukka, which I am told is kind of getting rarer. Pickle and Papad was an accompaniment, which was available anytime, if needed. I remember my grand aunt used to make a simple dish called meet mirsaang- a mixture of tamarind, salt, green chilly and jaggery. It was simply mouthwatering. When we visit the village, nowadays, breakfast is the typical south Indian breakfast, brought one of the numerous hotels from the city.Lunch was and is pretty much the same across religions in the village- fish curry and rice. Starting from the southern most tip of Kerala, all the way upto the Konkan coast, this is a staple- with certain variations. Back in the day, freshly caught fish was brought to door steps and only then the lady of the house, put the Vaan  ( stone grinder) to work. A quick siesta followed by tea and the village is bustling with activity again, before winding down. Most villagers who worked in the fields, wound down their days with the visit to the Gadang and with a bottle of fermented toddy. Every time I go back home, I never miss this, though I don’t visit the gadang.

Well, Halealve has still managed to stay away from the ill effects of globalization. Mother nature is still vibrant, without giving to the behavior of Father Greed. I just hope and pray it remains the same. For one thing this lock down has taught me is to never interfere with the course of nature. We are too tiny and too dumb to interfere with her force.

The featured image has been taken from holidayiq