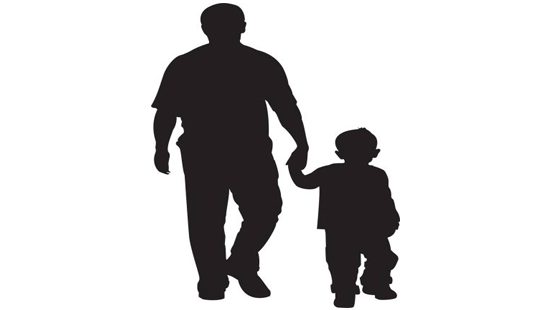 Very recently, two gentlemen belonging to two different eras met at a small café in the once bustling, but now locked down city of Dubai for a serious discussion on current crisis, they were facing. The conversation begun with some petty allegations and blame games before ending with a wonderful resolution.

In the middle of solving the issue on hand, at times the conversation went wayward touching upon topics such as treasure hunt, Corona Virus and even dinosaurs.

By the way the two gentlemen are – myself and my three-year-old son.

“Dadem, I want sprinkle donuts. What about you?”. Clearly, he was in control. The lady at the Tim Hortons counter was smiling.

I ordered their signature French Vanilla, paid for the order, before following him to one of his favorite spots in the café we frequently visit.

“Yes Ian. Tell me. Why do you put your feet on my face while sleeping?”. This was an ongoing crisis at home and I needed a resolution, as I was the victim. Every night, he slept between us, closer to his mom as he fell asleep, gradually rolling towards me as the night darkened, before kicking me off the bed at dawn. He somehow liked my face and gave some special massage to it, with his feet.

He was expecting this talk- what he called gentleman talk. The look on his face told me that.

He gestured me to fold my hands. This was our way of resolving world problems- how many chocolates to eat, how many to give mamma, which song Alexa had to play, when to create a mess and when to ask mamma to clear it. I folded my hands and we dove into the problem.

“Dadem”. That is what he calls me. I have no idea why. “You know, I put my feet on your face because, I wanted the blanket”. He said separating the sprinkles from the donut.

His argument made sense. He snuggled with his mamma in her blanket, when he went to bed and slowly slipped out of it in the night, before pulling mine and kicking me in the wee hours of the morning.

“Yes Dadem. You don’t give me your blanket and so I have to take it”.

“But why do you have to put your feet on my face?”

“Because, you don’t give me your blanket dadem and my feet get cold”

He had a valid point. I could not say no, but I insisted “But you can tell me that you need the blanket”.

“No dadem. You were sleeping, so I put my feet on your face, not to disturb you”. Good intentions.

“Oh yes, baba. It hurts. So, from tomorrow we have to stay at home”

He got down from his seat and with his tiny hands, wiped away the kicks from my face a couple of times and continued “Dada, it is okay.  Don’t worry. Let me tell you a story”.

I gave him the nod.

“Once a poma time, there was big brown egg” I knew I should not have brought that damned dinosaur book from the store. These dinosaurs were creating havoc in the house, much more than they did, when they were alive.

He continued “The brown egg cracked and a dinosaur came out”. There was a deadly pause- these kinds of pauses were dreaded at home.

“Dadem, why did the egg break?”

“Because, the dinosaur did not have enough space inside the egg” I tried to explain to him.

I should have diverted the topic elsewhere, but I do not know why I fancied myself capable enough to teach a 3-year-old about births.

“Just like how you came out of mamma’s tummy”

His question was the same again “Why Dadem, Why I came out”.

“Because you did not have enough space inside mamma’s stomach”

“Did Mammas stomach also crack when I came out?”. A very valid question and a dangerous territory for me to venture. Neither did I have enough knowledge on the subject nor I had enough experience of dealing with a 3-year-old. Luckily my nephew was past 3 when he came to Dubai and my niece was almost 3 when she migrated out of Dubai.

“No Ian. What were you doing inside Mamma’s stomach”? I tried to cast the line away from the topic.

He took the bait.

Excitedly he replied “I was looking for treasure”

“No Dadem” he made a sad face.

By now we had forgotten our actual crisis.

“Ian, what about blanket?”. I asked him

“Yes dadem, why do you put your feet on my face”. I could see a small Indian politician in him. The brat had done a u turn. I kept my laughter inside me and replied with a straight face

“Because, I wanted the blanket as my feet were cold”.

“Oh ok. Dadem. Don’t worry. From tomorrow, we will give you your own blanket” He made his customary thumbs up sign, biting the very last piece of the donut.

In spite of stepping onto some unchartered territory, we both had managed to salvage the situation with some straight talk.

That night, I got my blanket. The next morning, I woke up with a smile on my face, along with his two tiny feet.