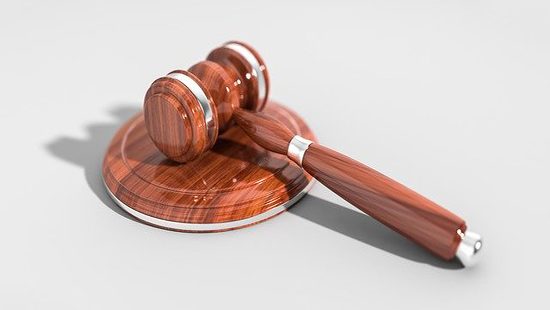 “Who the hell is it so early in the morning”. I was silently cursing Mr. Graham Bell for having invented such a device. This is way before we had mobile phones.

“I hope it is not Eddie Uncle calling, asking me to join him on his walk”.

Well, what do you know? There he was on the other side of Graham Bells device.

“Anil, get ready by 8 am. I will take you to a place where you have never been before. It will be fun today”

“Uncle. Do you know what the time is?”

“Of course, I know. It is 6. I have waited for more than hour to call you. I was thinking of calling you at 5, but then you have come for a vacation and I thought it would be wise to let you sleep late”

“Oh. Thanks uncle. It was very kind of you”. I banged the receiver on the big red strong phone and went back to sleep.

With great difficulty, I woke up, dressed and was ready by 7:55 am as I knew Eddie uncle would never be late. He was the most punctual person I have ever met in my life. My wife calls him “TIMER”.

“Good morning uncle”. My wife and I greeted him.

“Come in for a cup of tea”. She invited him and Eddie uncle obliged with a typical reply “If you promise me a cup of tea in 15 minutes, I will come”.

My wife, who wanted to punch him in the face, smiled “Sure uncle. One tea ready in 14 and half minutes!!!!!” and disappeared into the kitchen.

We were in the portico and I asked him “Uncle, so where are we going today”.

I did not bother seeking more information from him as I knew he was a tight-lipped. We spoke for some time. My wife gave him the tea she had promised within the deadline of 15 minutes and there we set out , to a place I hadn’t gone before.

He parked the scooter right under the big banyan tree in front of the chai stall near the court premises.

“What the hell have I done to you Uncle? Why are we here? What did I do to you?” I blabbered.

“Chill Anil. Today there is a great case which is going to be heard in the court. I don’t want to miss it. Hence, I brought you really early, so that we get a seat in the court room”

“What??” My mind could not think of anything else than this.

“It starts at 11 am and I hope our courts are as punctual as I am”. He smiled at his own joke.

“You freak. TIMER”. I mouthed the words in mute mode.

We impatiently waited outside the courtroom 6. At around 10:45, the people who had gathered inside walked out and Eddie uncle held my hand and took me inside like a mother who takes her child inside the crowded Halealve bus.

Behind us, a huge crowd had gathered and sharp at 11 am, someone shouted something, and the judge entered. There was pin drop silence.

“The first hearing of WhatsApp vs. Facebook will begin. The court asks both the parties to come forward” announced the weird man, dressed in multi coloured robes.

I was pleasantly surprised.” Why the hell is WhatsApp suing Facebook and that too in our town, far away from their bases in USA. This is interesting”. I was curious.

Just then a young couple approached the judge bringing an end to my excitement.

Both the parties were made to swear on the holy book and the proceedings began. I did not know who complained against whom, but I was sure that something interesting was unfolding in front of me.

The weird guy who was announcing faced us and shouted on top of his voice “Both the parties have decided not to disclose their names. The plaintiff (pointing to the lady) has complained against the defendant (he just looked at the man) that he is unable to give enough time for her due to addiction to WhatsApp. She has filed a case for divorce. In his defence, the defendant has countered that he started using WhatsApp only because of his wife’s severe addiction to Facebook”.

The crowd roared. The judge banged her hammer on the crumbling table “Order Order”. The judge was an old lady with dishevelled hair, but a neatly pressed black robe.

Mr. Murthy went up to Facebook lady and began her questioning “Your name”

“I would not like to reveal my identity, so I would request you to call me FB or Fabby”. Again, a roar of laughter from the crowd. I was regretting not having bought popcorn.

“You have complained against your husband Mr….”. Before the lawyer could say the name, Fabby promptly interrupted “Call him Chatty”. There was a huge roar of laughter among the crowd and the judge thundered “Order order”.

“Ok”. continued the lawyer. “You have complained against Chatty for not spending time with you and depriving you of the attention you deserve. On this ground you want to file a divorce from him. Is that right?”

“What exactly does he do?”

“Nothing” shot back Fabby. There were giggles from everywhere and even the judge giggled as she banged her hammer.

“I mean, how long have you two been married”.

“It has been a year now”

“And when did this habit of whatsapping begin”

“About 6 months ago. His friends had made some crazy group and are chatting all the time. So much so that he messages at 3 am in the night under his blanket. He has gone mad. He LOL’s looking at his mobile, sometimes even ROFL’s”

“Just to clarify what LOL and ROFL means?” Mr. Murthy began explaining to the judge and the Judge cut him short “Mr. Murthy, we all know what it means. We all use WhatsApp. You carry on”

“Madam” Fabby continued “He is so engrossed in WhatsApp that he does it all the time. While eating, bathing and so much so that even when he is in the loo. Madam WhatsApp has ruined my life my lord. Free me from him”

Mr. Murthy gestured towards Ms. Devi and said “All yours”

Ms. Devi, a little annoyed now, cross questioned Fabby “Which phone do you have”. The crowd was a little surprised by her question.

“Does it have internet or 3G facilities”

“That’s all my lord. I would like to ask a few questions to my client”

The judge nodded. Chatty was now being questioned by her lawyer.

“In your defence, you have stated that you began this group before 6 months because your wife, the plaintiff never gave you any attention you deserved. Am I right?”

“What exactly was she doing”. Ms Devi was curious.

“Nothing”. Again, the same drama was repeating.

“Tell me in detail please”

“Madam, I have a laptop from office and whenever I came home, she would grab my laptop and open FB and like and comment on I Don’t know whose pictures and posts. I was frustrated and bought a new iPhone before 6 months and that’s when my addiction to WhatsApp begun”

“My lord, I think my client has a valid reason for why he begun using WhatsApp and if it weren’t for his wife’s excessive interest on FB, he would not have to take such a drastic step. That’s all your honour. The defence rests. You can now cross question him”. She pointed at her opponent.

Mr. Murthy who was till now busy on his mobile slowly rose from his chair and walked directly to the defendant “Why the hell is your wife still using Nokia 2100?”

The question completely caught everyone off guard.

Chatty was angry “Sir, imagine my plight if she had a good smart phone. She would have been just like me, on the phone all the time”.

Everyone in the courtroom were stunned. Chatty had just admitted that he was using the phone all the time. This made Fabby’s case very strong.

“My lord”. Mr. Murthy continued “He has just admitted that he is using WhatsApp and is addicted to it. He has not bought a smart phone for his wife because he has an extra marital affair and is afraid that he would get caught if his wife also had a smart phone”.

The case had just taken a completely u turn. From technology, it was now adultery case. The lawyers seemed to have taken the case to the next level.

The judge who was fed up now intervened

“Enough you fool’s and you both Ms Devi and Mr. Murthy. Stop taking such cases. I will decide on this case. The courtroom is now adjourned and will commence back after 15 minutes. And you two Chatty and Fabby. Come to my chambers”

Eddie uncle and I never got out of our seats. We were waiting with bated breath for the final judgment. These 15 minutes were the longest I have ever had to wait. The judge entered followed by Chatty and Fabby. They were holding hands to our surprise.

“Friends and all those worthless human beings who have gathered here to witness a drama. You are here for some disappointment. Fabby and Chatty have taken their cases back and will now live together for 6 months with only Nokia 2100’s and no internet facility at home. They will spend time together with each other and not on the virtual world. After 6 months, Chatty will buy Fabby a brand-new Samsung Galaxy, so that she too can be on WhatsApp. They will then make a group and add me and the Mr. Murthy and Ms Devi so that we can constantly keep an eye on them. The case is closed. Next case please”

The crowd sighed. Some of them even booed. Eddie uncle was the loudest.

“Shoot. Damn the judge”. Eddie uncle was disappointed. “I had made reservations for Bangalore for the next month, anticipating this case to go on forever like all other less cases. For the first time, I guess we had such a fast decision”.