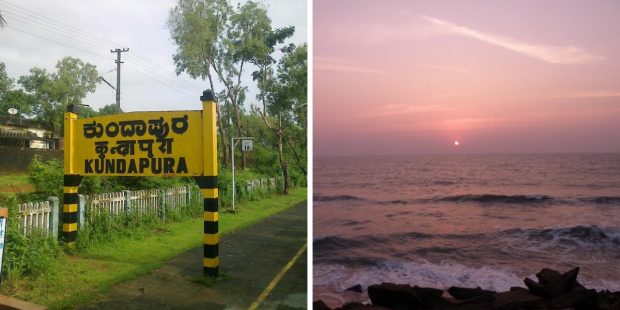 Kundapura! I spent my entire childhood and most of my adolescence in this vibrant town and looking back at how rapidly globalization is catching up to it, I thought it is wise to know or record a bit of its history . I was and am surprised how little I know about it- its past, its heritage, its language and its natural environment. In this series of write ups, I will throw some light onto Kundapur and its surroundings, hoping to learn as I write.

Very little is found about the history of Kundapura on the world wide web. Luckily, I found a book called “Kunda Darshana” published in 1977, in my dad’s shelf. The book is a collection of articles written by eminent people of Kundapura with a foreword written by none other than, K. Shivaram Karanth, one of our proudest sons of the soil.

All of what I have gathered here comes from “Kunda Darshana” and some articles I found on the coastal history of India. My quest to learn about the history of Kundapura led me towards two of the then prominent cities called Basrur and Barkur. Basrur is located just about 4 km’s to the east and Barkur about 28 km’s to the south.

Barkur today is a collection of old forts, temples and famous ponds. Legend says that there were 365 temples here and the king never visited the same temple twice in a year! There is enough proof that Barkur was one of the main centers of trade and culture during the Alupas and Vijayanagara kingdoms. The Alupas ruled their kingdom which extended from Bhatkal in the north to Mangalore in the south, from Barkur for some time.

Due to its proximity to the sea and also possibly due to its proximity big trade centers such as Basrur, Barkur province was viewed as one of the most important cities in the Vijayanagara kingdom. It was so prominent that the rulers looked at Barkur province’s prosperity as an indicator of their entire kingdom’s economy! As the kingdom of Vijayanagara declined, Barkur gradually lost its charm and importance due to infighting among its governors and now is considered just another village in the thousands of villages in India.

Basrur, a part of the Barkur province during the Vijayanagara empire was the most important trading center at the time and even during the rule of Alupas and the Portuguese. Basrur or Barcelore was mainly a port town, with river Varahi flowing next to it and was always busy with trading ships from faraway lands of Persia and Europe docked in its harbor. It was hard for me to believe that! But is it true. Pepper, rice, coconuts were exported to far flung civilizations in Europe and Persia. Due to gradual collection of sediments into the river, the town lost its port and thus degraded into what it is today- a tiny green quiet township to the north of Kundapura!

In all this, where is Kundapura and its past?

No where I could find any references to my town. Kundapura was probably a small township that was close to the famous Barcelore or Basrur and as Barcelore’s importance began to wane, Kundapura as a town might have begun to shine. One of the earliest mentions of Kundapura is when a foreign traveler was describing the town of Barcelore, which is sufficient proof for me, that Kundapura was neither a famous town, neither a seat of any kingdom!

I was unable to get any more information about Kundapura’s history from books I was reading and also from the internet, hence I believe Kundapura as a town gradually began to grow around Kundeshwara temple, built by Kundaverma of the Alupa dynasty (Rulers of Barkur). This temple is close to the school I studied, HMM English primary School, which now is relocated.

One of the most important temples of the region, the temple festival called Kundeshawara Deepa is an event all of us in Kundapura look forward to. The entire town, decked up, revels during the three days and people from across the taluk flock in to the streets of Kundapura to pray to the deity and also roam around on the streets full of shops and makeshift eateries.

Unfortunately, I did not find much about this temple’s rich history! Chris Patten, the last British Governor of Hong Kong narrates a small anecdote that goes as follows

There is truth in what he says. I believe the history of the town should be chronicled, perhaps it is best done by historians in the famed colleges of the town. A project resembling the “Kunda Darshana” of 1977, would give a world of information to all of its citizens!

My quest for Kundapura’s quest might have come to an abrupt end, but the Kundapura I grew up and know offers a lot more. The foremost thing which comes to people’s mind when I say I am from Kundapura is its language- “Hoik bark”, then comes the food- Kaane and khotte and then comes its famed Yakshagana, Bhootha Kola and then its amazing nature.

I hope I will learn about this quiet, fraternal town as I go about exploring it.

2 thoughts on “Kundapura- A peek into its history!” 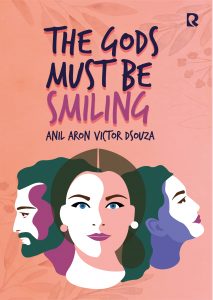