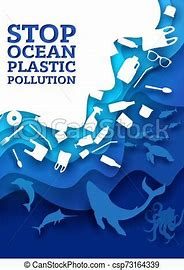 One of the fondest memories of my school days is the last hour of the last paper, of the final exam.  Oh, what emotions this hour churned out in me?  I am just unable to express!

There would be an essay topic – population explosion or Environmental pollution. All three major languages had the same question and usually, it was just a matter of translating the same essay into three different languages. I tried to mix them up: if I had written on population explosion for the English paper, I chose pollution for Kannada and Hindi.

This final hour resembled slog overs of 50 over cricket and ignited my imagination.

Mother nature might have witnessed severe bouts of pollution, but my essay remained intact, mostly because the village where I grew up was neither filthy nor was I, well-read. As a young boy growing in a village, where many people think there is no life, we were not exposed to the severe pollution of the big cities. We still inhaled pure air, drank clean water, and had enough space in the hamlet to play 11 side-each cricket matches. Population explosion and Environmental pollution were just topics for the exam.

In the late 1990’s, India was establishing itself with some decent development-oriented governments at the helm. Dr. Singh had broken the shackles of our closed economy and India was finding its place as one of the fastest-growing economies in the world.  Mr. Vajpayee ably guided reforms in the infrastructural sector, making India a well-connected nation. We were developing internally as well as externally.

Are Population explosion and environment pollution a direct result of India’s ambitions of becoming a global superpower? Did we go too far in the name of development? Did we forget the basics of living in harmony with Mother nature? I am not sure of any of these. But as a result of recent experience, I am quite sure that we have damaged our planet beyond repair. If something is not done soon, we may just scrape through our miserable, indolent lives leaving this irreparable planet to our kids as an inheritance- a liability, for no fault of theirs.

During a leisurely walk on our Halealve beach, I found loads of plastic washed up on the beach, which made me wonder, if the sea has coughed up so much, how much more of this, is still in its belly? Scary! well, Plastic pollution is one of the emerging threats our planet faces. Population can still be controlled with a bit of self-restraint ?, but plastic pollution seems to be out of control.

The thought about plastic on our shores, made me retrospect my own plastic consumption. It was staggering. Starting from the time I woke up until the time I went to bed, I alone, yes alone consumed at least 4 bottles of water from single-use plastic bottles- which means use and throw. I usually throw these into any dust bin I find, which doesn’t go to recycling plants, hence with a high probability of ending up in the ocean. These dust bin wastes in cities like Dubai and London might still end up in landfills, but what about cities in India, where there are no dustbins!

Apart from these bottles, I go through at least 4 to 5 plastic bags, which again end up in some dust bin. Well to sum, I think I use 8 to 10 gms of plastic every single day, which over years must have contributed to a gigantic chunk of plastic in the ocean and the sea was just spitting out my own ill deeds back to me- like the saying “What goes around, comes around”. Most of the readers understand that plastic is something that doesn’t degrade and since it is made of toxins, might cause harm to life around.

I was scouring through documentaries about plastic pollution and mind you, there are loads of them, I realized that the main culprit is not plastic but us- human beings. Many of us do not have the basic sense of keeping one’s surroundings clean. Many people think it is the government’s responsibility and not theirs. Policies to clean India by successive governments have fallen into deaf ears. Only after the maverick personality of the current PM spoke about keeping India clean, many die-hard supporters and citizens have taken this seriously. The current government has good intentions of eliminating single-use plastic by 2022. Ambitious, but doable and I say, must be done!

No matter what the man at the helm says or does, only a tectonic shift in thinking can get India out of its misery.

India is the leader in plastic pollution contributing 60% of plastics to worlds oceans. People in pristine, virgin beaches in Europe wake up to plastic from India washed up on their shores. One of my friends from Wales sends me pictures of Barry Island and asks me if I threw a toothbrush or dumped a plastic bag in the sea. Well, what do I say? Anyway, I think the time is past to place blame on others and take up the job of doing it ourselves- with help from government or without.

Mahatma Gandhi said, “Be the change you want to see in the world”. So, I thought of changing myself. I made a list of how much plastic I use and figured out ways on how I could reduce it.

First, I stopped asking for plastic bags in supermarkets. Initially it is a bit difficult to carry food and other stuff in paper bags or just like that. As this continued, I bought a nice jute bag which is kept in my car now. Whenever I step out to the supermarket this bag accompanies me. The now extinct CHEELA will soon become a fad. If the CHEELA is full and when there is absolute necessary of a plastic, I try to squeeze most of what is remaining into one bag. The phrase “absolutely necessary” sounds strange. Doesn’t it? Before the invention of this toxic material, weren’t our forefathers living with a cheela and living better than us?

As my nature of work doesn’t allow me to carry water or food from home, my hydration is solely dependent on bottled water. I still buy single use plastic bottle but I make sure to collect them in my CHEELA, which is already in the car and then when I find one, I dump these into the recycling collection points. My wife keeps telling me to take a steel bottle and she even says, wherever you go, there would be no one denying you a refill of water. I have not tried this yet. But I think she is right.

As a household, we go grocery shopping with a foldable picnic cart. A few heads turned towards us, initially and some people even made fun of us, but eventually they gave up.

On a weekly basis, we end up saving 10 to 15 plastics bags. Well, I am on the lookout for completely getting rid of plastic from my life and from our home. I would like to go back to a lifestyle, like our grandparents who lived a fuller, better healthier life and without plastic.

I am sure, we all can do away with plastic and in the meanwhile, start cleaning up our surroundings, beaches and oceans, so that we can restore it for our younger generation to enjoy. There are many NGOs in India who have dedicated themselves to clean up the oceans. There are technologies developed to clean up the oceans. People have manufactured high quality plastic replacements, but somehow, we still end up buying plastic. All we need is a bit of mindfulness and a forced change of habit to put this planet back on track.

In-spite of all these technologies, if we don’t clean up our dirty act and behave the way we have till now, there is no hope for mankind.