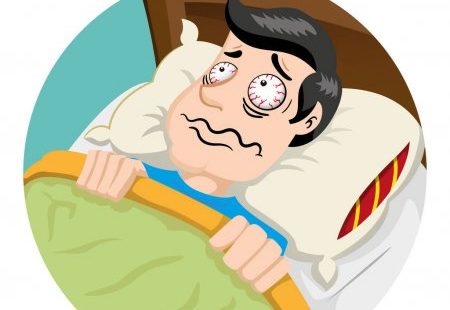 Villagers at Kodali who, for centuries believed that nothing untoward could happen to their village were shaken by a new plague, which was rapidly spreading across the entire village.

Unscathed by the recent pandemic of Covid-19, their belief that the great lord Parashurama’s axe was indeed acting as the “biblical copper snake” had grown in strength. Nothing could harm their village. The world was hit by deadly tsunami’s, but never touched Kodali’s pristine white sandy beaches, the country saw a surge in riots, yet not a single tyre was burnt in multi-religious society of Kodali, the world plunged into poverty and depression during the pandemic, yet Kodali sustained itself with its vast farmlands.

However, this plague seemed to be outside the limits of Parashurama’s axe. No one was able to find a cure to this plague- the plague of Insomnia. The entire village was awake in the night and in the day. Strange.

Globalization had certainly affected this beautiful coastal village, but not to the extent it had spread its iron grip on other parts of the world. Only a few households had internet and this damn thing worked only in some houses, only at certain times of the day.

When the world was fed with fabricated news by media, villagers at Kodali were listening to the old outdated radio in the morning and standard state-owned news.

When people lived in a world where having dual personalities was normal- one for the social media and the other in the real world, villagers at Kodali were still meeting people at social gatherings.

When the world measured progress with money and assets, villagers at Kodali were happily wielding their sickles and ploughing their fields for their daily bread.

How could such a plague escape the sharp edges of Parashurama’s axe?

The world blamed their ways. “Well, it is a curse for not catching up to development”, “Such backward people”, “maybe it is a punishment for living simple lives”.

Yet, the plague ravaged the tiny village.

A well-read gentleman of the village or the Vodeyr, who knew about Macondo shared his story about a similar plague that had stuck the fictitious town which was born in the brilliant crevices of Gabriel Garcia Marquez’s brain. (In Gabo’s epic novel- One hundred years of solitude, the town of Macondo suffers a terrible plague of Insomnia which makes the villagers lose memory)

“It is probably a punishment for our sins of laziness,” he told the others. “We have become complacent. Haven’t we? We sleep late, we wake up late”

“How much ever we try dear Vodeyr, we just cannot sleep”, came the immediate reply from young villagers and old villagers alike.

The elders of the village decided to seal the border so that the evil air of insomnia did not spread through to other surrounding villages. The village, in spite of being guarded by the axe, had built a temple at its entrance, a church in the middle, and a mosque by the sea. The village was divinely guarded.

Defying all authorities, the elders threw open the doors of the houses of prayer and villagers thronged these with steadfast devotion, believing that the following night they would have a good night’s sleep.

Alas! That was not the case.

When divinity failed them temporarily, the villagers opted for bounties provided by divinity, instead- mother nature.

“After all, our gods worshipped these”, was the reason to go back to nature.

The dairy was inundated with requests for milk, the vegetable vendor found it difficult to meet the demands of turmeric, some farms reported thefts of pudina leaves and other herbs. Other than this, there was an increase in the consumption of well-fermented toddy too.

Nothing seemed to work!

“The lord is angry with us and we have to go back to our old ways”, suggested the old man who reminisced about his younger days in every conversation- be it trivial or important. The man had the experience, stemmed out of his life between the mosque by the sea and the temple at the entrance.

“You know, when I was younger…….” was how he began his sentences.

“Well, nothing is working, let us try this man’s advice”. The elders decided and sought his advice and asked him to come up with a plan.

What a plan the old man devised!!  The entire village was made to follow the old man’s orders and the old man worked diligently towards making a foolproof plan to get his beloved village out of this deadly plague.

Dressed in his one and only black suit and white kaccha, the old man took pride in his new assignment. Neither the sweltering heat nor the sticky humidity, made him take his coat off even once, during his tenure as the “PLAGUE OFFICER”.His disheveled hair was proof of his hard work

“The old man has lost it” was a general murmur at the usual gossip places- the village well, the grocery store, outside the prayer houses, and almost everywhere. The resentfulness even managed to unite two traditionally warring brothers.

The pandemic had disrupted lifestyle of the village, that in the good old days, never slept past sunrise, but the advent of the TV, which is rightly called the “idiot box”  extended the bedtime by a good hour or two in the night, which obviously resulted in waking hours by an hour or two, at first and then gradually by four or five hours. This behavior was typical in some houses, but not many.

The old man had rightly banned the TV from houses at 8 pm. Whoever was caught in the act was penalized heavily. The TV seemed like a saint when compared to the Smartphone and the variety of apps that it could host. The surge of highly affordable smartphones, with free data packages, had ruined quite a bit of village sanity. These gadgets had become their constant companion. In an experiment held by the old man in the only village hotel, a plate of green chilies was served to a young man, who did not even notice that his order was wrong, because his eyes were glued to the gadget.

To everyone’s surprise, he ate plenty of them before realizing that he was eating chilies. He was hospitalized for a few days and the old man was severely reprimanded by the villagers.

The old man became the head of vigilantes.

The tiny village went to bed at 10 the first day and no one got a wink of sleep.

The tiny village went to bed at 10 the second day no one got a wink of sleep.

On the third day, many disgruntled villagers began complaining. But the village elders stuck with the plan.

Without having any phone or TV in the house past 8, the elders knew that there would be nothing the villagers could do other than, probably read, pray or talk amongst themselves.

Results showed earlier than expected. Half the village was sleeping now. It was only a matter of time before the other half would sleep as well.

At the end of two weeks, the villagers petitioned to the elders to continue with the “Plague officer” for another two weeks.

The old man’s job was extended. The vigilantes were now put in shifts, as the influx of youth volunteers increased.

It has been over a month, and villagers at Kodali are sleeping peacefully in the night.

Thanks to the elders and the old “ Plague officer”, villagers at Kodali lived happily ever after.