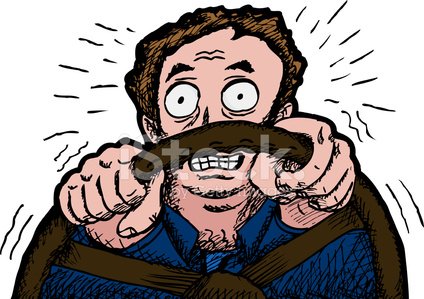 When my favorite band penned the song “stairway to heaven”, little did they know that many years later, a highway called NH 17(changed now) or the Kundapur – Mangalore highway would fit in their title description perfectly. Off late many people have lost their lives on this stairway- I don’t know to heaven or hell, but nevertheless it is a stairway to death.

(This is a 2012 article and I used to be a weekly commuter on this highway, which is now two-lane and beautiful. A journey which took close to 3 hours now takes just over an hour)

During my recent visit to India, I had a close encounter with death. I would term it as a near-death experience. No, I did not meet with an accident but was shown a trailer to death.  I was repeatedly tortured to death by two morons.

I was traveling from Mangalore to Kundapur on a lovely evening. I had just visited a few relatives on a whirlwind trip to Mangalore; my uncle had invited me for dinner late that night. Things were fine with me; the driver was maneuvering the bus fantastically well. Things began worsening at dusk and by the time we reached Suratkal, our bus had a competitor and both the drivers were in a slugfest. Collectively there would have been 75 passengers in these two buses with their lives loosely clinging to the thin frames of the two morons about whom I will throw some light later on.

Years ago, the Mangalore – Kundapur highway had shot to fame for its notoriety in claiming the lives of commuters. The blame was placed on manganese laden trucks. Our roads were not strong enough to bear the weight of these heavily loaded carriers. Even though most of the deaths were caused by busses, there was a general hatred towards the monster trucks for having created potholes which slowed the traffic. Once the entry of these trucks was restricted, the frequency of accidents reduced. Local officials also had some system were timekeepers were introduced in all major stops. Busses had to maintain some time difference and this meant no two busses were kissing each other’s bumpers at any one point during the whole journey.

But off late things have changed again. Roads are being laid all over again and busses move as if there is no tomorrow.

I will explain precisely how things unfolded in my journey to the purgatory and back to reality. I was punished for all my sins and I believe, I will be directly given entry to heaven for having gone through the ordeal of this journey. As I said earlier, till Suratkal, my journey was calm and quiet. The roads are broad and one way. Our bus driver was fast and I thought to myself “Wow, Next time I am in India, it would take only an hour and a half to travel to Mangalore from Kundapur”. Just then from the corner of his eye, the bus driver, let us call him Jerk, saw the behind of the other bus which was just moving out from the Suratkal bus stand. The poor driver of the other bus did not know what was coming at him.

The bus conductor’s adrenaline was soaring as he hurriedly dumped the two passengers in the bus stand and blew his trademark whistle and shouted the two words which every local is familiar with. Yes! “Right poi”. The other sober bus which was being targeted by Jerk might have been one km ahead of us and Jerk had already floored the accelerator to catch up. The roads were under construction and in most parts, were dusty and narrow. Jerk had no respect for the oncoming traffic. He was driving as if his bus was the only one on the road. Smaller vehicles like trucks and Lorries were completely ignored and even smaller vehicles like tempos, jeeps, and matadors were expected to give way to the speeding juggernaut. You can imagine the plight of cars and bikes, then.

Jerk powered through all the rubble, spewing dust everywhere and inviting stares and swears from within and outside the bus. The other bus driver, let us call him Moron, was monitoring Jerk’s progress through his faded side mirrors and as Jerk was getting close, Moron floored his pedal and began teasing Jerk by honking and obstructing his way to glory. These two busses were toying around with our lives and were playing a cat and mouse game on the busy highway.

This made the passengers worried. Some were praying, some were cursing the driver, some were shouting at him, some experienced people were watching other’s reactions, two brave people even confronted with the driver and were shown the door by the driver, as if he owned the damn bus. A person sitting next to me politely asked me my destination. I said Kundapur and his next sentence summed it all up for me “All the best”. Mine was the last stop, literally!

At the next stop, Mulky, Jerk played his smart card- he stopped his bus right across the other bus and asked his trusted conductor to unload the grumbling passengers, who sincerely thanked god as soon as they alighted. Now Jerk had the upper hand. He rolled out of the bus stand without burdening himself with more passengers. He had a clear goal – the next stop Padubidri.

With Moron right on his heels, this stretch of the journey was clearly dominated by us, with speed and precision. I remember vividly the bravery of Jerk when he decided to overtake a truck with another bus coming head-on at us. He bulldozed his way forward, knowing clearly Moron would not dare such a deadly maneuver. The oncoming bus took a steep left and almost was in the field below. There was a loud angry scream by the passengers and to Jerk’s utter disappointment, Moron had taken the bait and followed right behind us.

After this breathtaking (literally- we would all have been killed) stunt, I guess our conductor finally thought about his wife and kids at home. He went up to Jerk and gave him a piece of his mind. To our wonder and amazement, Jerk let Moron go ahead of him, in spite of being the clear leader. I have no doubt that inside his heartless mind, he must be thinking “ Haarkar jeetne walon ko Bazzigar kehte hain”.This is not the end- now Moron was teasing Jerk by slowing down his speed considerably and from Padubidri to Udupi, our journey took almost an hour- thanks to the traffic, the dirt roads, Moron and Jerk.

Without bothering the losses, I had to incur as I had paid for a direct Kundapur ticket, I got down at Udupi and boarded a local bus. It would stop at a thousand places, but I was not ready to gift my precious life to the heartless demonic creatures. I do not know what makes these drivers arses tingle when they see another bus close to theirs. Not all, but many.

The driver acts as if an enemy has invaded into his territory and he has to drive it away by overtaking him. Whether he gets an incentive for coming first, whether the owner who recruited this idiot gives commission or the driver himself has F1 ambitions and is practicing and playing with 75 lives is a debatable topic. I have heard an interesting story about recruiting in one of our land’s most famous bus companies. There is no permanent driver on the payroll. Whoever wants to make some money and has a driving license is caught and made the owner of 75 lives and is given the license to kill.

Never was I this scared and frightened in my life, not even on the day I got my class 12 results.

Finally, I got home after considerable delay and numerous phone calls from mummy asking about my whereabouts. As I reached home exhausted, mom and dad were tensed about me being so late. I explained about the traffic and bad roads but was embarrassed to say that I traveled on a local bus.

Mom was quick to find out and quipped “Anil, we know you traveled in a local bus, we all do that”.

I had a sigh of relief.

4 thoughts on “Stairway to death”