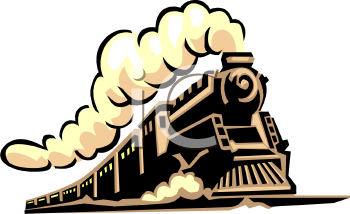 I simply love riding the train. Every aspect of the journey starting from booking tickets to getting down at the destined station, usually Mangalore Central would be an experience of sorts for me. I don’t know how and why I love those long train journeys, but somehow, they kindle in me, a feeling of excitement, a feeling of looking forward to, a feeling of going somewhere.

The first time I ever embarked on a train ride was in Kadri Park I guess. I cannot remember properly, but I was petrified. Then somewhere in the mid 90’s Mr. George Fernandes gifted his beloved land- a train service- Konkan Railway. It was a blow to the bus service providers and a boon to thousands of Mangaloreans who lived in IC Colony, Borivali, who had to rely on Canara Pinto and Vishal travels for their to and fro journeys to the homeland.

My first trip by train to Mumbai was a good one- I cannot recall much of it as my uncle and aunt were with me, but the return trip was unforgettable for the fact that my cousin and I, who were in our teens then were busy eyeing a cute girl in the next bogie. We had eavesdropped and learned that she spoke Konkani. Our happiness knew no bounds. My cousin, a good two years older than me, even found out her name from the name list pasted at the compartment’s entrance. She was from Kumta or at least getting down at Kumta. We never slept until she got down. The whole of the next day, we slept like logs with good dreams about the girl, of course.

Getting down at every station, hopping around compartments to scan for some other homegrown lassies, standing on the door and feeling the wind at our faces and allowing it to blow our hair away- ( now I know why both of us have less hair J) were a few things we did without a care of the world.

This was in my teens. Life is just like a train ride. It takes turns- some small to the left and right and some huge abrupt U-turns, sometimes it even derails. I too had to take a train to Kolkata, a huge change in my life, but looking back now, it looks a small diversion in the journey of life.

The train ride was fun though. We were 6 of us, all classmates who had all landed jobs in the same company. We encountered eunuchs, battled loose motions, learned to eat, and digest even stones. All these just with a train ride to Kolkata. Life teaches everyone a lesson each day, some take it, learn from it and become wise and many others like me wait for the second lesson, which fate will surely present- accompanied by punishments for missing the first lesson.

The advantages of boarding the train in the first destination and getting down at the last station are numerous. One of them is that you will meet lots of new people from new places. Faces next to you keep changing at every 10 th station, and just having a casual talk with them teaches you new things. Acquaintances made during the train journey may not be permanent, but sometimes they end up being life long.

I have taken numerous train rides from Mangalore to Chennai and the other way around as well. Every time I reached Mangalore, I was happy and every time I reached Chennai I was sad. Many of the articles written by me, conceived sitting on the upper berth – my favorite berth. Its such a nice place, just because after you dump your luggage under the lower berth and occupy the upper berth, you can just relax knowing there is no one to disturb you.

I have been fortunate to ride some trains in my life. From the clean and neat Trans European ones to the equally opposite Indian Railways, from the crisp and efficient Dubai Metro to the elaborate and messy London Underground, to the snail-paced trams of Kolkata to the ancient trams of Prague. Train journeys are fascinating. Well, I have a lot more trains to take in my life, especially I am looking forward to the Northern trains in our country.

It has been a decade since I took a short 40-minute train ride to Port Talbot from my beloved town of Cardiff. The ride was scenic as Wales is very beautiful and there was a slight drizzle outside which made it look even more beautiful. Out of nowhere, I thought the train is traveling through our very own God’s own country- Kerala. It was similar in many aspects, the greenery, a steward selling tea and coffee, the TC checking tickets, etc and different in some: firstly train was waterproof I mean water did not seep into the berth from a small 12 cm crack which the maintenance knowingly ignored and secondly the steward shouted “ANYTHING FROM THE STALL” instead of shouting “CHAYA CHAYA, KAAPI KAAPI”.

It has been a long time since I have traveled on a train. I have a major ambition of traveling throughout India in trains- not in Rajdhani or in Shatabdi, but in these small trains like Chennai mail, Howrah Express, Mangalore Mail, etc which go from one city to another and then take another connecting train to another city. I don’t know whether I will ever be able to fulfill this dream, but dreams are good. Don’t you think? But ambitions sometimes ruin life and put you in a hole. Another desire is to travel in the Mangalore- Bangalore train. I have heard a lot about it, especially about the winding paths and awesome scenery, hopefully soon.

2 thoughts on “Me and my train”