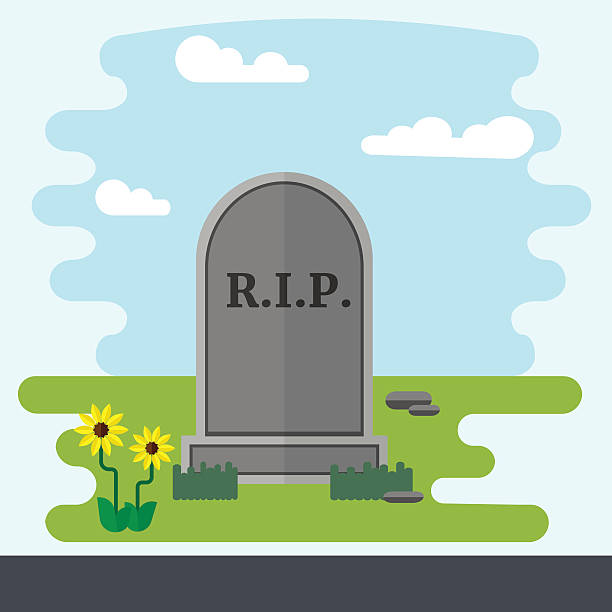 I was enjoying a few weeks off from my university, and Halealve is a beautiful place to laze around. Not a very active person, the village suited me well. Whenever I come home, I like to begin my day with the 6:30 am mass.  Usually , I stay a bit late after the mass to socialize and today I met Cecila aunty.

“Fine Thank you. How you are aunty. How is Uncle Eddie? Heard he had a severe heart attack”. Eddie uncle recently had a mild heart attack and was recovering.

“Well, he is fine. Thank god, after his attack at least I came to know he has a heart. ha-ha. Just joking” said aunty.

“Well Aunty, How is he now. Has he recovered completely?” I was genuinely concerned.

“He is fine Puta. He is fit as a bull. Why don’t you come home for lunch today? He too loves your company”.

Cecila aunty was an awesome cook. Her pork Indaad and Kaane curry were simply fingure licking. I was tempted to ask her to prepare the same, but my mind restrained the mouth from uttering those shameless words. I headed back home, to kill the rest of the morning.

At noon, I hopped across to Eddie uncle’s house and was not at all surprised to see Eddie uncle, eagerly waiting for me in his lungi and t shirt.

“Hey Neil, such a long time. How have you been?”

“Well uncle. Am I not supposed to ask you that question?”

“I am sure, you must have got information that I am fit and fine now”. He winked. It was good to see Eddie uncle in such good spirit. There was no way one could realize that this man had recently suffered an heart attack.

Cecilia aunty gave us the call from the kitchen and summoned us to the large dining room, adjacent to the kitchen. There was a beautiful hole in the wall, connecting the kitchen and the dining and Cecilia aunty used to always arrange her dishes neatly on the platform. Eddie uncle and I grabbed our plates and helped ourselves. I think, my face did not hide much, when I met aunty in the morning as she had prepared Kaane curry and had a bowl of Indaad ready for me. I smiled, without saying much, and yet my face must have said it all to Cecilia aunty.

She smiled “You are not good at hiding any emotions Neil”.

After lunch, Eddie uncle and I went to his study. Eddie uncle had converted Jason’s room into an enormous study room and stacked up with books and magazines. There were two easy chairs and we took one of each.

“Uncle. I am sure; you must have learnt something from your experience of the heart ailment”. I had read his mind, just like Cecila aunty had read mine in the morning.

“What????”I was surprised with the answer. I was expecting him to say things about proper diet, exercises etc.

“You know what, all I was thinking about when I was on that bed in the ICU was that, why the hell have I not prepared for my death, including my funeral.

“Honestly, only thing which bothered me was that I had not planned my funeral. The rest I was sure Cecila could manage. Kids have got their inheritance. I have left enough funds for Cecila to manage without me, and yet my funeral bothered me a lot”. Eddie uncle was staring at one of the books ironically titled “THE GOOD FUNERAL”.

“I bought it recently to know how to go about it” he continued.

“Oh c’mon uncle” I did not know what to do. Eddie uncle seemed serious and by the look on his face, I understood that the man had not only read the book, but also planned for his funeral.

“When you plan weddings, why not funerals?” I saw a point there.

“Look Neil, I want my funeral to be a grand one. I don’t want my relatives to worry about those tiny details which are very necessary for a funeral. After I am gone, I don’t want my relatives to keep my body in the morgue and think about small things like “When the funeral ceremony should be kept?”.” Who will inform my children?” “Which wood should the coffin be made of?” “Is it alright if fish curry rice is served instead of the traditional PEZ?” “Whether the parish priest will let us serve a little whiskey during the dinner”.

“Of course Neil. Do you think St. Peter would let me in again, if I don’t? To start with I just don’t like the custom of bathing the body after death. Somehow I feel very embarrassed at this very thought. I know it’s important, but I still don’t like it. When I was small, my mum used to give me bath, and later on sometime Cecilia you know (here, Uncle Eddie had a naughty smile on his lips.)  So why show myself to others and that too, after I am gone? When I realize my end is coming near, I will have a nice hot bath, wear a nice black suit and be ready for the final journey. The only task which my children and relatives have to do is, carry me and put me in the coffin. Coffin should be a nice one, which will crumble down within two days after the burial”.

“Oh, so you have formulated a plan huh?” I interrupted.

“Hmmm. Good going Uncle. What about Jason and Jenny bai?” I asked.

“Well that part I am going to entrust to you; I will give you that privilege of informing them. Don’t whatsapp them. Make it personal by calling them. Now listen that’s not all”. He paused for a while “ I want my funeral rites to be performed at the earliest, my body can be kept for a maximum of say 24 hours”

“Oh. We have been brought up with this word Neil. If you want , you change it something fancy such as mortal remains or whatever you want to call. I will stick to body”. Eddie uncle almost reprimanded me.

It was a gorgeous afternoon and Eddie uncle was pouring his heart out to me and I did not want to disturb him. I kept quiet and let him continue.

He continued “As per my observation, the attendance to a funeral in which the bbbbody has been kept for a long time is usually high”. The pressure of the word body was tremendous and I did not show any expressions. “70% people come out of real love for the deceased; the remaining 30 % come to see how many people are crying, how the body does look etc. Of course, I want many people to attend my funeral, but not for these reasons as it will really hurt me. Some enlightened soul has said that it’s not important how many people really become happy when you are born, but what’s more important is how many people cry at your funeral, because that shows what kind of a person one is.I don’t want anyone to weep on my funeral; I even don’t want anyone to say “Chal, Accha hua, Saala Mar Gaya”.

“Uncle, honestly, you are quite an intellectual, I must say. Your outward looks made me mistake you for err something else” I ventured.

“Don’t go by the outward looks Neil. Every human being is a good human being deep inside. Circumstances make him a bad person. Now continuing, what do you think about invites for my funeral?”

“Well Well. Idea is good. But to whom and when will you distribute them?”

“I will print the details except the date,of course. You are responsible for the distribution. One more thing, not that only those of you have been invited have to come, uninvited guests are wholeheartedly welcome. I am not sure whether I will be going to heaven or hell, but wherever I go, I will be happy if people come for my funeral.”

“Let me work on some patterns for you” I showed some eagerness on wanting to jump on the wagon of his funeral.

“Hey. I have just recovered and if I die soon, I will surely haunt you and that doctor who has given me a guarantee for the angioplasty”

“Most important of all, it’s enough if one or maximum two priests bless my body and conduct the funeral rites.  I also love music; hence I will be very happy if the choir for my funeral is top class. People need not dirty their hands by rushing near the grave to put mud on my coffin. If they do, it will be helpful for Johnny who usually digs and covers the grave in our parish. After the funeral I would like coffee and benne butter be served for all those who have come. This is my favorite and I must say it is a deadly combination. Mouthwatering. I don’t mind if two or three kilos of benne butter is kept inside my coffin, it will be useful for my journey”. What do you think?”

“Awesome Uncle. I love it. I will surely come for your funeral. Not for the love I have towards you, but at least for the benne butter.

“You Dog “. Eddie uncle had a habit of killing his sleep by reading Readers Digest or India Today. He picked the India Today. I was slowly screening through the vast bookshelves for some Dan Brown books.

“Uncle .You are a great human being” I said.

“I know Neil, I know. Well this is how I have planned my funeral. I have no idea how it will be actually. I will not be there to witness it. But I wish it to be done as per the plan. At these troubled times, where most of our elders stay and die at Home for the aged, I hope my kids will at least give me a proper funeral. I don’t mind even if they have not taken care of me now, but for my funeral, no compromises. I will haunt them if they don’t”

“It’s a fascinating plan. I hope you live long and that your funeral is executed according to your wishes”

“I have confidence in the way I have brought my girl and boy. They will take care of me and also my wishes” Saying this he sunk into his easy chair with the India today.

I too stretched myself into the cozy sofa with a book in hand: and fell asleep dreaming about Eddie uncles funeral.