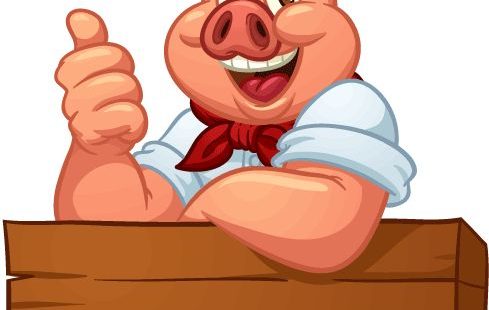 As the mass on you tube was coming to a close, a restless Eddie uncle was fidgety on his easy chair. The recorded you tube mass was not that long- a fact which he had told me he liked about the lockdown “However bad it has been Anil, the good part about the lockdown is I can now fast forward the sermon”. He had said

He was almost quivering now. It was a Sunday and as per our revised timetable, we watched a recorded Sunday service on you tube, along with Cecilia aunty at around 11 30 am, after which Eddie uncle and I had a couple of drinks and then lunch.

“Check for the shortest mass, you moron! Find if there is the one you put last week- American, I think. The priest was a saint. His sermon was less than two minutes” Eddie whispered, keeping an eye at the kitchen door, waiting for his beloved to emerge.

The lock down has put all religious practices and other associated social practices into a standstill. Breakfasts, ice creams and lunches with family after the service are a distant thing of the past.

The one thing which is not changed is the craving for one of the most beloved and revered meat of the coastal belt- yes, pork- the reason for Eddie uncle’s quivering and shivering on his easy chair. The aroma of that Bafat was tingling his nostrils, so much so that he wasn’t even able to resist the shortened version of the Sunday service.

Cecelia aunty was furious “You will rot in hell and I hope Lucifer feeds you only rotten pork. Can’t you wait for some time until that poor priest said the final blessings”.

Eddie uncle was quiet. After aunty left fuming he mumbled “Well, rotten or not, pork is pork”.

I could not disagree.

He picked up two glasses, went into his chest and from the depths of it, snatched a bottle of scotch and poured a nice fattened drink for himself and a malnourished one for me.

“Do you know the story of the pig?” he asked.

Staring at my glass, which was now flooded with water, while his was still sparkling and neat, I said “I don’t want to hear your story”.

He smiled. Nothing seemed to be spoiling this Sunday mood for him “Well you know Anil; I have thought this over a thousand times. Why is pork so beloved to people in the coastal belt” He handed me the glass.

Still fuming I gestured to him to continue.

“Look, the lord drove away Satan into the herd of pigs, right? According to me, the Satan is still at large in the pigs and just to take revenge for all his ill doings and a mark of revenge, we slaughter it”.

I looked at his glass. It was not the spirit working. He was in his senses.

I was highly impressed. I decided to indulge in some Arnab Goswami type of activity. No no, not ranting, just a debate on some trivial topic which nobody cared about, but suddenly seems like the entire nation wanted to know about.

“That is a good one. There should be more to it”

“Look, most of us prefer Chicken, even though there are many who eat pork in hiding nowadays. Imagine the number of pigs around us, if they are not slaughtered. In fact, we are doing a service to the community by killing and eating pork. Kind of Pig population control. Have you seen pigs roaming around in the coastal cities?”

Was I supposed to answer? I didn’t know. I nodded.

“Some of our northern cities are inundated with pigs- swarming around parks, malls and home”. The glittery liquid was diminishing fast.

The aroma, emanating from the kitchen was stronger than ever.

I could not resist “Aunty, have you made Sanna’s too” I shouted. There was no reply.

“I think she outside, making bhakri”.

My joy knew no bounds.

“Tell me, do you have theories for the origin of pork”. Eddie uncle asked. Now I did not know whether I had to answer or just keep my mouth shut, while he began his rant like Mr. Goswami.

He was quiet. I got the cue.

My head was filled with dancing spices- cardamom, cinnamon, cloves, those dried leaves which smell like heaven. That was my knowledge of the Bafat powder. I dived into my profound theory

“You know the story of prodigal son?” I paused. “It seems when the son returned to his father, the father killed a calf instead of a pig. This clearly indicates that in those days the pork craze was absent. Maybe after this era, there was a ban on cow slaughtering. That is when a smart fellow like you found the poor pig”.

“I think that smart fellow needs a toast”. This time we were equal partners. My drink was as big as his.

“Whatever the origin is Anil, pork rocks man. Pork rules the menu in every wedding. People will always talk about that function where pork was not served whereas they will soon forget the function where no food was served. Such is the impact this animal has on us” he was reminiscing with his the scottish grain infused water taking him higher.

“Yes uncle. And what variety” I said loudly hoping the compliment reached Cecila aunty. “Pork Bafat, Pork vindaloo, Pork Chilly, pork sorpatel, pepper pork, pork salad, Pork ribs and the list is endless. I still have the taste of pepper pork on the tip of my tongue, which I ate in Madikeri when I went there to attend my friend’s sister’s wedding”

“You know pork intestines is a delicacy in some parts of the coast?”

“I know. Not a big fan of that, uncle” I said hastily.

“Ooh, I am” he continued “How nice it would be if we had bacon and sausages for breakfast, Indaad and sorpotel for lunch and Rakthi for dinner” Eddie uncle’ fantasies were tempting.

“Your appointment with lucifer would be quicker than you expected” Cecilia aunty barged into the living room, where Eddie uncle and I had spun a nice picture around us.

As she served us hot bhakri’s and that delectable pork Bafat, I silently said grace for the safety of the pigs in the vicinity. At these uncertain times, they were the only ray of hope  for many like me and Eddie uncle.

I looked up at Eddie uncle. He was smiling. I knew instantly what his prayer of grace was! Such a pig!