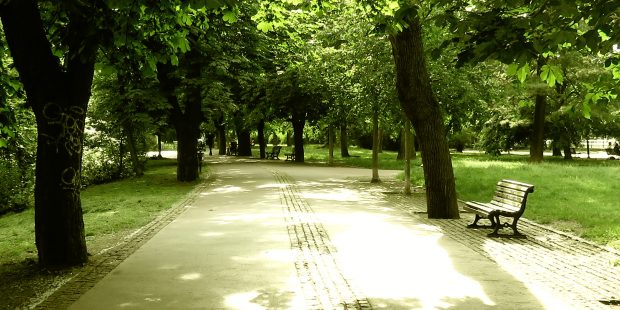 Writing, almost a year after visiting this “beautiful city”, nostalgia set in. After effects of the city weren’t bad, after all. Good memories. It wasn’t that bad. Was it? I began thinking. Three days in this city and I had given my opinion- highly overrated.

Before embarking on our, three-city tour of Prague, Salzburg and Vienna, I was excited. Prague, on the internet seemed like a flawless, pretty city, different from all other mundane boring cities of Europe. The lovely orange tiles, painted a royal, forgotten medieval aura to the city and thanks to Bollywood, the city was high on our “must visit” list. Every visitor had nothing but praise-actually heaps of them. The fact that, the three-city tour got our nod, against a country wide tour of Portugal is still hurting me.

We landed at Prague at local time 1:00 pm. The terminal we landed at Vaclav Havel International airport was just average for this popular city. Coming in from the sweltering heat of Dubai, we thought Europe would provide us with much needed respite. But it wasn’t to be. I was sweating. The pleasant driver, offered us water bottles and handed us some city maps and tourist places. It was clear that we weren’t his first tourists. Duh!

Mangalore International airport is far better in terms of immigration lines. I should not be demeaning our beloved airport, but I take it for granted. I think we all do it. Don’t we? We praise, we criticize, we hate and yet we love our homeland, the land where our ancestors lived and died.

The airport was clearly not designed to accommodate huge lines. A passenger load of a massive A380 with close to 500 excited tourists, was definitely going to be a nightmare. We were in the line for almost an hour. In the middle of passport control, the officer thought it would be a good idea to take a break, leaving us staring at an empty cabin for almost 20 minutes.

A tiny part of the iron curtain still remained in the Czechs. I sorely missed Dubai at this moment. We would have been out of the airport by now. The disappointment was made up for by the officer at the counter. God bless him.

Before embarking on this trip, we had put in considerable research into Prague, as every google search gave us new places to visit. Narrowing down to a few, was proving to be an ordeal. Charles Bridge, Prague Castle, Lennon wall, Letna park, Jewish quarter, Infant Jesus shrine, the river cruise, astronomical clock and many more. We had enough to do. One of the reasons why we chose Prague, apart from the pretty pictures was the urge to visit the Infant Jesus Shrine.

Our vacation began, with a stroll in Letna park. It covers, majority of this city and a leisurely stroll, will energize you. It is needed. We were here on a Friday afternoon, right time to be in any part of the Europe. People were winding down and enjoying themselves. There was a farewell gathering, in what looked like a public office. Dog walkers, cyclists, tennis players- people from all walks of life were very upbeat, welcoming the weekend. We too joined in merry making- local brew of beer and local sausages. Oh, what do I say about sausages? I could eat them every day for the rest of my life.

Language in Prague could be a barrier, as people hardly speak English. There seem to be a huge influx of Chinese business men and women- practicing their trade on almost every grocery store we went to. Trams in Prague are very famous, highly convenient and cheap too, but the only trouble is to get hold of tickets. There are no proper ticket counters and grocery stores and cigarette stores sell these- very primitive and appalling infrastructure in such modern times.

All those aforementioned places, were just like any other tourist place- extremely crowded and in this case, highly overrated. All my excitement had just been flushed down the drain. A feeling of disappointment was gradually washing over us. Such was our disappointment that we decided to skip the Prague castle, as by now, we knew exactly how it would be. We had our share of castle visits. There wasn’t much to see, as there were hordes of tourists swarming around the city-just like us. Instead we roamed around the alleys of the city, next to the astronomical tower, eating what the city had to offer. The trdelnik was nice. Dough rolled on a stick and coated with sugar.  Ian and Verina loved it.

Roaming aimlessly, we ate a battered hot dog from a vendor, whose husband worked in Dubai and she was all welcoming, once she got to know we too were from Dubai.

There were a few well built young men, grilling pork and I loved the sight. The fragrance of the bland roasting pig was not appealing to my masala accustomed nostrils, but the sight was good. Back home, we don’t get to see the pig in whole at all, as we prefer our chunks, neatly cut and washed and whatever recipe we intend to make, we end up sprinkling Bafat powder ( a spicy mixture of Indian spices, which is famous across the coastal belt from Mangalore to Karwar)

We spent the rest of the day on a bus tour, ate a hearty lunch of pork knuckles, gulped down local brewed fruit beer and wine and ended up on an overcrowded cruise. Now I realized, why Prague is famous. The city, from the river looked majestic and these are the same pictures which mislead tourists like me. Well this is my opinion and mine only. As a travel blogger, I should not be criticizing any city- it is bad for my trade- but I can’t be dishonest.

We had planned our visit to the Infant Jesus Shrine on a Sunday, so that we could attend the English service. The church is not extravagant, like other magnificent churches across mainland Europe, but ranks high in devotion and devotees. We had enquired, beforehand about services and other things. Their website and response were very appreciable- https://www.pragjesu.cz/en/. One can find everything one needs to, before visiting. The old priest also evoked his old memories about Mangalore and the Bikarnakatte shrine. We were impressed with this old fragile looking servant of Infant Jesus. He even blessed us and the souvenirs we bought from the gift shop. There are other shops, which do sell souvenirs at much reasonable rates, but as a devotee, it made sense for me to buy the souvenirs here, as a tribute to the workmen and women who made it and also for the immense love, we have for baby Jesus.

I can dedicate a whole chapter on the place where we had lunch after the Sunday service. The restaurant was a 700-year-old cellar converted into a café (uglaubicu.com). The place was full, but then a pleasant lady, possibly taking pity on us, called us and we followed her to the depths of the cellar, transporting ourselves back: one century at a time, with every floor we descended- all the way to 700 years. The lady waiting on us, was a tall, blonde, pretty Czech lass, who carried the entire floor on her round tray, with such skill that one could not, but appreciate her craft. We splurged on our lunch, accompanied with their most famous Czech Pilsner Urquell beer (https://www.pilsnerurquell.com/). With our tummies full and hearts delighted, we took a tram straight to our hotel and crashed, just like a typical lazy Sunday afternoon.

We spent that evening at Wenceslas Square, where there was a famous train restaurant- Vytopna. Every dish was transported to your table, carefully designed like bogies in rails. This was a recommendation from a friend and we thank him for it. This was one of the highlights of the city for me, at least. (https://vytopna.cz/pages/vaclavak). Ian was delighted when the manager took us into his kitchen , where the trains started their journey towards the customer.

The trip was coming to an end. We had booked a train across the country to Salzburg, Austria.

Is it really overrated? Well, definitely yes, but I guess it grows on you like wine and cheese.