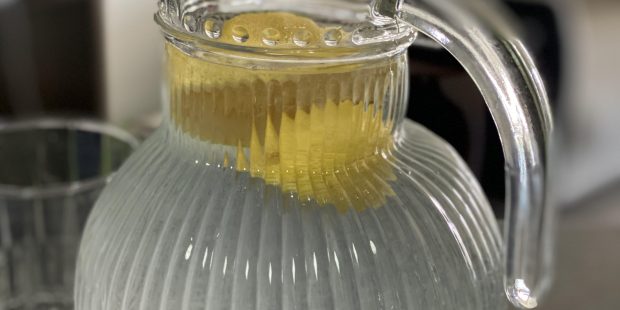 I could hear my wife shouting from the kitchen. Reluctantly, I hit the pause button.

“Yes” I answered. Once was ok, but ignoring the missus twice is not advisable.

“Could you please move your arse off that couch, pop your eyes out of that damn Netflix series and come to the kitchen”. It was more of an order than a request. I had to go.

I did what she said. Moved my arse off the couch, fluttered my eyes, which had not winked for the past 39 minutes and stood next to her.

“Get the mixer from the top shelf”.

I obeyed and as I was about to get back to the couch, she asked

“Is Pablo Escobar your uncle?”

“You watch his series so much, I thought he was your distant relative”. She chuckled at her joke and went back to her chores.

In these tough times, binge watching has brought much needed solace to many, like me. A few more episodes and Pablo was killed, bringing an end to the reign of terror in Columbia and a reign of laziness in me. It was time to think about the next binge, but something within me made me, ashamed of myself, (after watching Nithyanandas rant)

After the death of the cruelest criminal of the 90’s, I decided to put an end to the binge. It was time to sober up. Until a month ago, every mundane task like exercise, healthy eating, sleep, waking up early, following certain hobbies, prayers drew the same excuse: “NO TIME”.The better part of me was screaming at me “What is your excuse now, your moron”.

This lock down has provided us such precious time, which we complained, wasn’t available till about a month ago and when our wishes were granted, we seem to have thrown it away using both our hands.

Netflix, was unsubscribed. I actually was using the subscription of a friend. I told my friend that I would not be using it, anymore. He somehow convinced me to watch Money Heist and Inside Edge. I was tempted for a while, but my strong resolve won the day.

It has now been almost three weeks, I haven’t used Netflix, nor Amazon prime, but survived the viral onslaught with trusted old friends of humanity- books and cartoons. Cartoons, because my son does not allow anything else to be on tv until nightfall !!.

Anyways, on my part, watching Pablo Escobar, el Patron del mal wasn’t a guilty binge and waste of time. I learnt something from it.  This is the only justification I have 😊.  There is a load of crap coming your way. Beware

One of the first things I learnt from watching the Narco trafficker’s life style was, keeping myself hydrated. Hard to believe!!! The omnipresence of a jug of fruit juice- either lemonade or orange made me dive into the depths of our kitchen drawers, to find an old glass jug. I did not dare rub it, for the scare of a genie coming.  Who knows if the genie was tested for the dreaded Covid 19?

Every morning, I squeeze two Indian lemons in to a jugful of water, add two spoons of sugar, and one spoon of rock salt and stir it. If I am in a good mood, I also pluck two mint leaves, from my wife’s vertical garden, temporarily kept horizontal and throw them in, for an additional flavor. I then force a glass here and a glass there, down my wife’s and son’s throats, even if they don’t like it. Recently my sister told me that juice is best consumed, when squeezed fresh. Agreed.

But I follow Escobar and once that “first thing in the morning” enthusiasm wanes away, I hardly lift my fingures, leave alone lemons- that too two 😊

Even though, this is has added considerable work to my packed morning schedule of waking up and begging for tea, this jug of juice is, probably the only help Mr. Escobar has done to me.

Other than this, when I look back at my marathon binge watching of Pablo’s life, my love for the Spanish language rekindled, and I am at an advanced level of learning Spanish. When I mean advanced level, I have continued the paid subscription for the third month, whilst completing two chapters and I can now say Hello in Spanish – HOLA. The reason I had to drag this task to three months was of course- Mr. Escobar. If not for him, I would be by now, speaking fluent Espanyol.

Other than these important life lessons, my already dulled mind, by the constant barrage of on-screen violence could not think of any other reasons which I could use to justify, wasting 3,330 minutes of my precious life- 3,330 minutes of my life I was never going to get back.

Pouring the fourth glass of the refreshing lemon juice, a shameful smile crossed my lips. I could see 3,330 minutes of my life squeezed into the jug, only to poured out glass by glass. All I learnt from Pablo was this. A flash of common sense would do the same job in less than a minute.

Was it worth it? Definitely not.