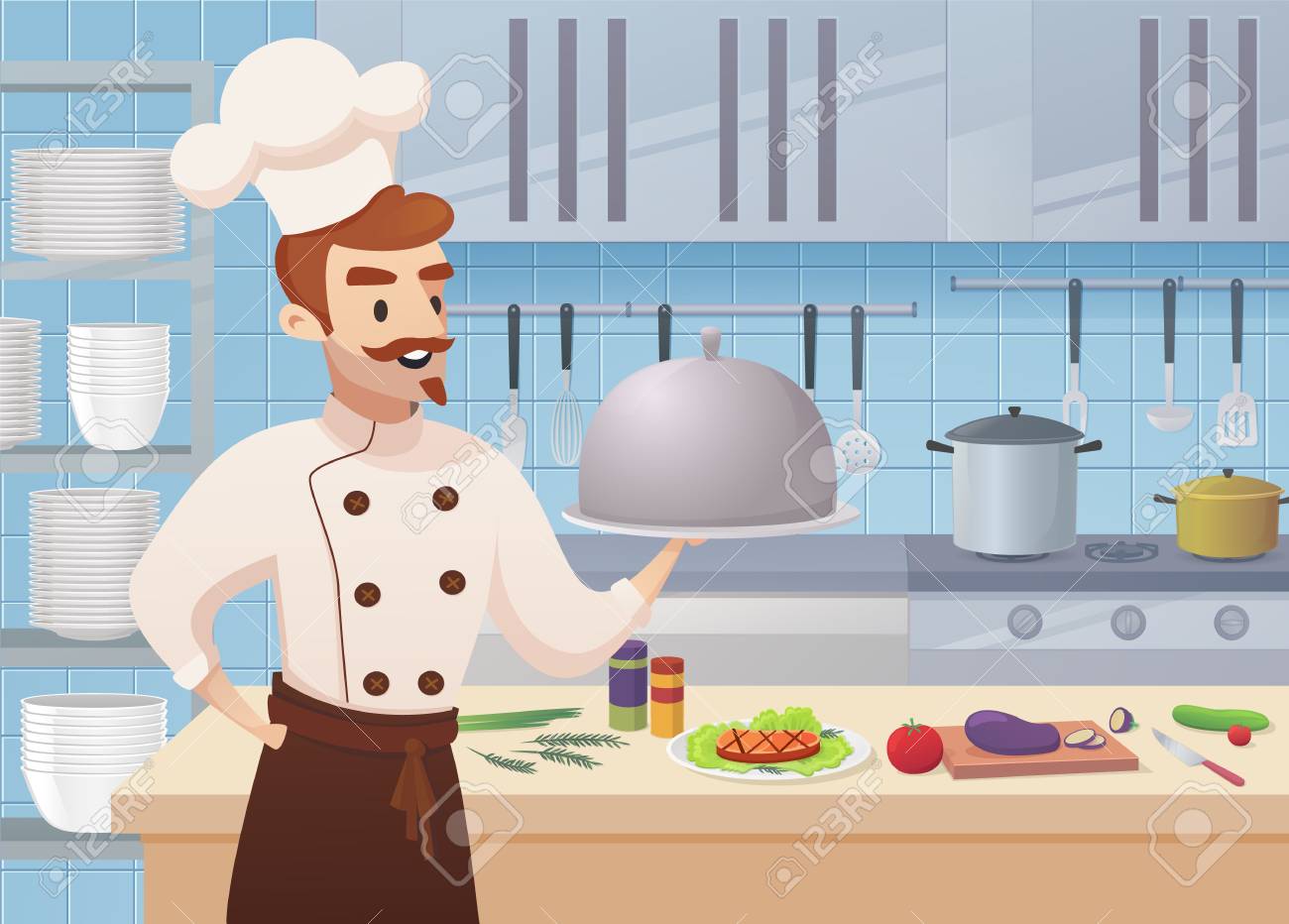 Gentlemen in the Kitchen.

After the Sunday mass, I usually go to Vasu’s shop to get chicken. Politics, religion, sports and all the possible unwanted chatter goes on as we wait outside the shop, while Vasu weighs and cleans the chicken. The shop has three sections: the first where we go and order for the chicken, the so called front end of the shop. Vasu then takes us to the second chamber where the chicken is reared. It is here, where Vasu spots a chicken depending on the weight needed and plays hide and seek with them.  He then chases the chicken in the brightly lit room and the poor chicken usually tries to push each other into Vasu’s hands. From here Vasu carries the unlucky chicken into the third section where the poor chicken breathes its last. Vasu weighed chicken for me and took it inside to clean and butcher it. While I was waiting outside, reading the paper Eddie uncle joined me in the wait.

“Oh Eddie uncle. Yes. Can you imagine a Sunday without chicken? It would be a sin on my part not to eat meat on a Sunday”. I greeted him with some gyan about Sunday.

“Ha-ha. Correct.  Cecilia aunty has gone out today and hence the cooking responsibility has come to me today”

“ Is it ? Very good uncle. Cook cook. I heard you are a very good cook”. I tried to play it down as I did not want to put myself into trouble by inviting him for lunch.

“You Idiot. I thought you would invite me for lunch, where I could have a couple of drinks with your dad. Your dad would have invited me”. Eddie uncle was not amused at all

“ Bang on, old man. You spotted the difference”. I smiled.

“Anyways to hell with you.  I will cook. It’s no big deal. But I am still wondering how the male species entered the kitchen. If at all I find that dumb witted moron, I swear to god, I ll butcher him the way Vasu is butchering the chicken right now”.

I could hear the shrill squeaking of the dying chicken. My heart for a moment went out to the soul of the chicken, but immediately I prayed the chicken RIP  ( return if possible) and tried to concentrate on what Eddie uncle just said.

“You egoistic male chauvinist! What’s wrong if a man cooks in the kitchen”.

“Hmmm. Nothing wrong. But since ages it has been the mothers, wives and sisters who have been cooking. I wonder who made that grave mistake and where it all started. You know I have devised a theory about this. I call it “Origin of Foolishness” just like how Charles Darwin called his theory of evolution as “Origin of Species”.”

Vasu was still hard at work. The chicken was not ready to leave it s worldly abode.

“Tell me Mr. Darwin. Let me listen to your crap theory as well” I was curious to know Eddie uncles theory.

“Listen. There was a time, when men were not allowed to enter the kitchen and look at us today, we are all over – we have to cook, wash and buy groceries too”

“Well uncle. It is a good change . I don’t know why our grandmothers did not allow our grandfathers to work in the kitchen then. Anyways you tell me your crappy theory now”.

“As I said, in olden days, our ancestors were working in fields cultivating land. They used to go in the morning and come back at dawn. At lunch time, wives used to go to the fields with freshly prepared lunch. Wow, what an era it would have been”

“Continue uncle” I was impatient.

“Gradually, our ancestors began to seek opportunities in cities and as some men got education, they began seeking opportunities in banks and other institutes abroad too. No wives there, the poor man had to cook for himself and eat and as days progressed into years, he became an expert cook. Everything would have been fine if the male creature did not have the habit of showing off”.

“Why uncle”. I was engrossed in the theory and was curious to know more about it.

“Whenever he used to come back home for vacations he began showing off his newly acquired skill to his wife. And the wife cashed in. Starting from that day, as soon as the couple woke in the morning, the wife sweetly asked “Honey, What s special for breakfast today” and the poor man had to prepare breakfast. As he got ready to meet his friends at the city centre, the wife excitedly asked “Wow, Are you going shopping for some new dish for lunch”. The poor man had no choice but go groceries shopping. I blame the mankind for his own undoing”.

“Ha-ha. Good theory uncle. This is more believable than Darwin’s theory. There is nothing called natural selection here ha-ha”

“There are many men, who have made it big by starting their own restaurants and have made big bucks”. Eddie uncle tried to console himself.

“Yeah. If you had started your cooking a little earlier, today you too would own a chain of restaurants across the world uncle. But its better late than never”

“Correct”. Eddie uncle looked at Vasu, who was still busy struggling to send the chicken to heaven.

“What man Vasu? My cat could have killed the chicken by now?”

“Then from next week send your cat uncle”, Vasu murmured from inside.

I laughed “By the way uncle. How well do you cook”

“Well. You should ask people who have eaten my delicacies”

I sarcastically replied “Uncle, are they all still alive after eating your food. Poor souls”.

“You son of a gun. Come home for lunch and I will show you why every restaurant in the world has men as chefs and not women”. Thundered Eddie uncle.

“See you at 12 30 uncle. Today being Sunday, I have early lunch and take a long nap”. I noticed I had 4 missed calls from mummy and I realized I was late and I also realized she had asked me to get onions, tomatoes, and some coriander leaves.

“Anil, your chicken is already packed. I was wondering why you were listening to this old man’s bullshit” thus saying he handed me the neatly cut chicken packet into my hand.

“Vasu, Also give me a kilo of onions, tomatoes and some coriander or else my mummy will kill me”. Vasu packed everything and I paid him. Just then Eddie uncle also got his pack of chicken from Vasu.

“Uncle, Come I will drop you home, so that you won’t get late in preparing the meal”. I dropped him home and went back to his place for lunch. Believe me he indeed is a great cook.