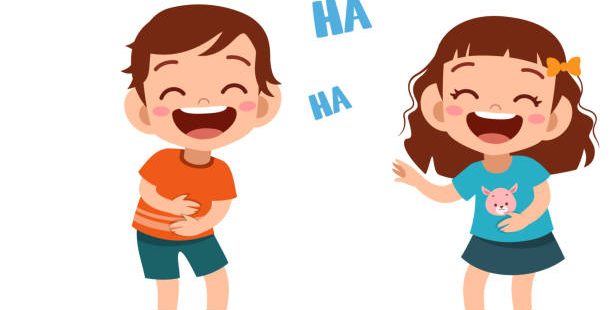 Have you ever visited a restaurant, had your favorite meal, enjoyed the ambiance, and then let the dessert steal the show?

We recently had such an experience.

The specials board outside the restaurant should have given us a hint about how the chef was feeling that day- he seemed to be in a good mood to kick the year 2020 out of his memory. After some unimaginable names of some dishes, what struck us was a dessert called “Hello 2020”.

She burst out laughing “Why the hell do they want this year back?”.

Verina cannot control her laughter and I am the more serious one in the family.

I asked her to keep it down, as I am a person who is mindful of what other strangers whom I haven’t seen in my life and probably will never see again, think about me.

“We shall have the other one?” I replied.

Our eyes went to the next one on the board “Melting moments”. The name was apt for the bygone year. The dessert would definitely make us forget the awful year 2020.

The courteous staff showed the way to our table.

This restaurant is famous for their surprising twists- not shocking ones, but very delicate ones- like the amazing mango salad, or the experiments with avocado onto Kerala cuisine or simple addition on ice creams onto the traditional payasam, which by the way ruins the taste of both.

Coconut pudding is great here and both Verina and I had our minds set on this even as we were eating dinner. We were on a diet- so we decided to have only 1 dessert?.

“Madam, that was the last one” the waiter pointed to the last bowl of pudding, which was being balanced on a tray filled with tall and colorful juices by an expert waiter.

As our eyes followed that last bowl of pudding, that by the way was laughing at us, I asked the waiter “What else?”

Before he could complete his sentence, Verina burst out again.

The poor guy must have been embarrassed.

“Why would you name a dessert Hello 2020 in December, Bhaiyya” she actually asked.

The poor server immediately realized that this was now out of his job description and dutifully summoned his superior, an I-pad wielding over-enthusiastic person who keyed in orders on his battered gadget.

“What is melting moment?” I asked without giving him a chance to explain what the other dessert was, for the fear of Verina bursting out laughing again.

“Sir, It is melting momentsss” He emphasized the plural, ascertaining the fact that there would be more than one moment for us. Continuing he said “melting moments is very good. It is made up of lady’s finger….” I stopped him right there.

“Bhindi? Bhindi in a dessert?” This simply blew my mind away. There was a secret Michelin star chef inside, waiting to be let out in the open.

“Arre no sir. That Biscuit”. The order taker blabbered a few more sentences after which I realized that these were the fine Italian delicacies, which were on offer the other day. I had brought a couple of boxes and named them “Matti bayechin Botaan” (Matty aunt’s fingers) a rough translation of Matilda Vicenzi’s Lady’s fingers- (Italian Fine Pastry and Cookies: Discover Matilde Vicenzi’s World)

After this elaborate discussion, the order taker continued “On this madam, we have some berries and fruits and also French toast topped with payasam. This is very good madam”. Madam was on the brink of another bout of laughter.

Before she could explode, I hurried “Bhai, get one for us and two spoons”.

“This must be some over-enthusiastic fool who wants to try fusion with Payasam” I opined.

“Just like you” Verina managed three words between her laughter filled the far end of the corridors “Remember that experiment you did with Sanna”.

Earlier in the lockdown, when the whole world was busy making Dalgona coffee and baking cakes, I was trying out innovation in our Sanna’s to rival the famed Big mac. After many such futile attempts of tormenting the poor Sanna’s I realized that these white colored rice puddings taste good only chicken curry or pork bafat!

Our dessert arrived. What a sight it was!

Eight lady’s fingers from Matilda aunt’s box were arranged neatly in a diamond shape one over the other, making four pairs. A pinkish paste in between kept them together.

“What do you think it is?” Verina asked inquisitively.

“Is it leftover beetroot from yesterday?” I said scooping some with my tiny finger and licking it. It was tasteless, making my worst fears of it being beetroot paste coming true.

There was a fried piece of bread in the middle of this diamond-shaped boundary. The chef might have attempted to make French toast, but seemed like he had forgotten to add egg and milk. It was just a piece of slightly burnt bread filling the plate. What else could the chef have filled that gaping void?

The lady’s finger pairs and the toast was topped generously with fruits- berries, strawberries, and raspberries.

Then came the melting moment!

The waiter came with a jug of payasam and poured it on top of the arrangement. It was steaming hot and as the name suggested everything on the plate – fruits, bread, and lady’s finger melted into the payasam.

By the way, the payasam was not milk and vermicelli as we expected. It was the special jaggery payasam!

Every item on that plate tasted great individually, but when the melting moment came about, the dish was completely inedible, ruining the great innovative attempt by the chef.

There was no way I could control the seeds of laughter emanating from the opposite seat. My eyes were shuffling between Verina and the disaster unraveling in front of me. First, the delicate raspberries gave in without much resistance against the hot payasam. Strawberries would have hung onto the lady’s finger a little longer, but alas! the lady’s fingers caved into the fiery flow of the payasam. They crumbled into the plate bringing the entire arrangement into shambles.

We had two spoonsful of this liquid which resembled Cerelac, before the waiter came in again with the jug of payasam, this time to serve us, obviously with only good intentions. Now, even I could not resist. Keeping my hand on top of the plate, I sprayed Verina’s face with all that mixture from my mouth. Looking at me even she did not hesitate.

We both should have been spraying the chef for this disastrous fusion.

I have no idea what the waiter thought about us, but I really don’t care. I remembered the episode of Friends where Rachel makes the dessert with cream, jam, and beef sautéed with onions and peas. Luckily for us, we did not find any crispy beef fry or bits of Natholly fry in our dessert!

Some brave chefs can pull off such adventures with food, but many cannot and should not. This restaurant is still one of my favorites and I have visited this once more after the Melting moment disaster, carefully avoiding the over-ambitious waiters’ recommendation.

In a year, where the kitchen has by far been the most visited place, I commend the intentions and desires of this chef, but advise him/her as a fellow failed innovator, never to try anything of such at least for the next one year, depending on how this year passes by.

Our 2020 melted away with riots of laughter behind our masks.