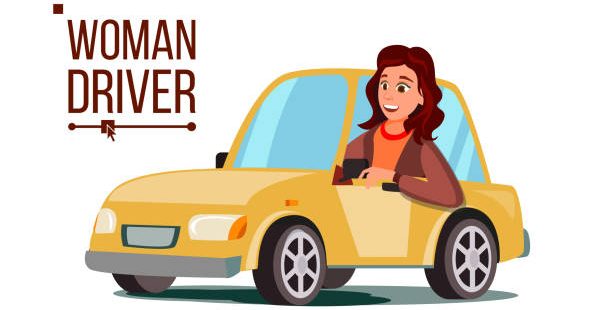 “You sexist, why don’t you open your eyes, to the fact that ladies could be better drivers than men” Eddie uncle was exasperated with me.

I sat quietly next to my wife, with my heart in my mouth, who was driving us from the city. She always rebukes me for my sexist comments, especially when I see an accident and pass judgment “only a lady can do this”.

“Uncle, I didn’t know you were supportive of lady drivers”. She joined in the conversation.

“Keep an eye on the road” I screamed. For some reason, I am comfortable in the car only when I am at the wheel and I always bombard my wife with advice when she drives.” Watch out”, “look in the mirror”, “keep left”, “keep right”, “go straight” – all-important ones that she must have forgotten!

“I passed in the first attempt. I did not fail like you” she thundered from the driver’s seat.

The old man was laughing from the back seat.

“Do you want to sit in the front seat uncle?” I mocked him “maybe you both can strategize on how to participate in the Formula one race next year”.

“How many attempts did you take to pass, Anil” Eddie uncle had found a sweet spot.

I kept quiet again. My ego was hurt and I decided to be patient.

Not for long though.

“Then how come 90% of the time I am right about those silly accidents, where a lady has either crashed onto the railing or has brushed the sides of the car to a pillar, or simply jumped the signal while putting on makeup”. I argued.

“That could happen to men too!” Both Eddie uncle and my wife said in chorus.

Actually, they were right. There was no evidence that these silly accidents involved only women. Men, would have or have been involved in many more accidents that I turned a blind eye to.

It opened my eyes, but I had revenge on my mind. “How did this old man suddenly turn from being a sexist, just a few years ago, to this open minded generous grey-haired gentleman?”

I did not bother to ask.

“No, you cannot!” would be his one-line closure.

“You know Anil. I realized one day that certain skills do not care what you have underneath your clothes. Driving is one of them” Eddie uncles wisdom poured out.

My wife nudged me- a signal that she would stop at the next tea stall for a break. I screamed again – “Watch out”, “look in the mirror”, “keep left”, “keep right”, go straight”.

Eddie uncle continued “You know, a couple of years ago your aunty and I had to attend a wedding at Udupi and we had booked our regular driver. One day prior to the wedding, this fellow called me and told me that he would not be available. He told he would send someone else instead”.

“Was the replacement any good?” I asked.

“You wait. The story has just begun”. Eddie uncle did not like being interrupted when he said his story.

He continued “You know me, I don’t trust any stranger. I asked him to send me the new driver’s contact number. When I called, I was surprised to hear a lady at the other end”.

“You keep an eye on the road. There is a lorry coming about 2 kms ahead” he rebuked my wife.

I was smiling from inside. Some old habits die hard.

“As we spoke, I got to know that she used to work as a driver with MRF tires” Eddie uncle by now had us both entranced in the story.

“Wow. That is an impressive resume” I said.

“How was her driving?” My wife asked.

“Well, I don’t know. I told her we already engaged someone else” He was candid.

“You lied to her” Eddie uncles last sentence had clearly riled up my wife.

“The story is far from over, my dear. You keep an eye on the road”. I was quiet all this while. We stopped at the nearby shack for a cup of tea.

Eddie uncle continued his story “Instead we somehow managed to book a driver through a travel agent. He came in with a high recommendation. We began our journey at around 7 30 am and reached the venue at 9:30 am. Would you believe it?”

“Did you go walking?” I asked. The usual 38 km journey, even on a bad day takes just an hour with the new highway.

“I wish” Eddie uncle was taking the criticism surprisingly well.

“The moron had not told us about his background and I did not even ask him, as I thought all male drivers would be good. After that journey through hell, I changed” He looked at my wife, sipping tea.

“What happened?” she asked now.

“This fellow was an auto-driver and he drove like one. Our recently serviced car was crying all the way to Udupi and all the way back from there. The fellow accustomed to shifting his posture in an auto was constantly fidgeting around his seat, making the entire car wobble. I don’t know where he drove an auto, but as soon as he saw a vehicle in the front, he hurriedly accelerated as if he had to kiss the vehicle ahead. When the road was clear, he slowed down, when there was traffic, he accelerated. Between his variable acceleration and deacceleration, all those idlies I had for breakfast were threatening to come out of my mouth. I have never controlled my anger better” Eddie uncle had already ordered one more tea.

“You should have asked him to get out of the car and made Cecelia aunty drive, instead” I opined.

“Well, I should have. The experience so far had not changed my belief system yet”. He replied with a guilt laden face.

“You would have died uncle!” my wife screamed at Eddie uncle “If such bad driving did not change your mind, what did then?” she asked.

“I thought he had to get used to driving a new car. On the way back, he would be fine I thought” he was now hiding behind his teacup.

I could not stop laughing.

“Continue, please. I want to know the exact moment when your heart melted” my wife had taken over, just like how she had taken control of the car.

“Well, the return journey was even more dreadful. He had got a hang of the car and was now in overtaking mode- but in the same autorickshaw style. He overtook the vehicle ahead and swerved right in front of the vehicle forcing them to brake. When I asked him why he was doing such dangerous maneuvers, he nonchalantly said that it was fine as there was enough space between the two vehicles, whereas in reality there wasn’t any. The second time he did that I got wild and yelled at him “Can’t you see?”. Then came the answer which shocked us all “Actually I have only one good eye”. That was it. I immediately asked him to pull over and get out of the car”.

Both my wife and I could not stop laughing.

“So finally, a lady had to drive you home haaah” My wife laughed.

“Yes” he said and stopped for a while” and guess who?”

We were a bit perplexed “who else but aunty?” I asked, with a question mark written all over my face.

“Nope. Your aunty did not venture into taking a ride to heaven in this car. She went with your mom and dad” Eddie uncle was candid again.

“Don’t tell me it was the same lady who worked for Bridgestone?” my wife laughed.

“Yes. I called her and she like an angel came in her two-wheeler and dropped me home. From that day, I call her for everything. She even knows how to repair cars. You must see the way she drives”

We burst out laughing. As we got into the car, I instructed my wife “Adjust the mirrors properly. It is getting dark”.

Both my wife and Eddie uncle looked at me and without a blink of the eye, Eddie uncle caught me by my shoulder, my wife opened the back door and shoved me into the car.

“Next time you advise, we will call Eddie uncle’s auto-rickshaw driver for you”. My wife threatened.

The rest of the journey was blissful- for them?

5 thoughts on “Women can drive too!”